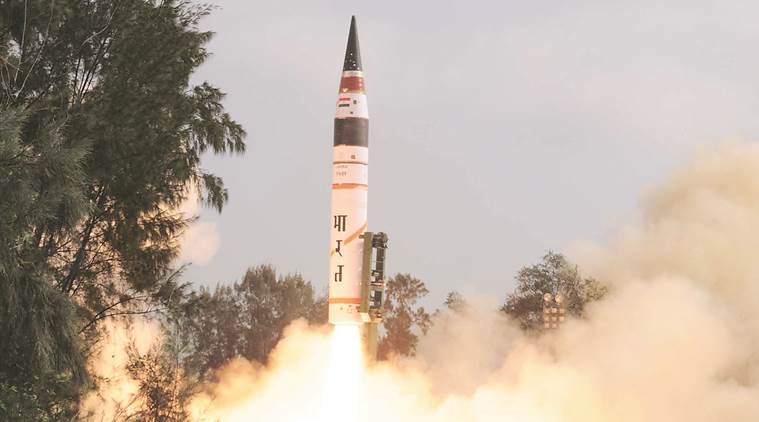 India test-fired its surface-to-surface nuclear capable Agni-I (A) ballistic missile off Abdul Kalam Island in its eastern sate of Odisha Tuesday, local media reported.
The home-grown ballistic missile was test fired at 8:30 a.m. local time (0300 GMT).
Local media said the test was conducted by the strategic force command of Indian army as part of a user trial.
"It was 18th version of Agni-I, which could achieve all parameters within the stipulated time period," the reports quoted defence sources as saying.
The missile, according to officials, was inducted into service in 2004.