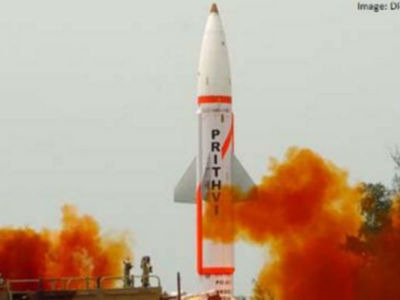 The test was conducted by the strategic force command of Indian army as part of a user trial.

"The missile having a strike range of 350 km was fired from a mobile launcher of the integrated test range at Chandipur near Balasore at 11:37 a.m. local time," an official said. "All the objectives were successfully met during the trial."

The launch was carried out day after the successful trial of Agni-I missile conducted off Abdul Kalam Island in the state.

Prithvi-II, according to officials, has a capability of carrying 500-1,000 kg warhead.