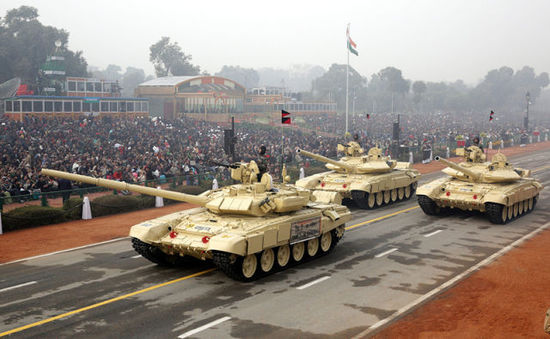 India's defense budget will take up 12.1 percent of its annual spending in 2018-19, an yearly increase of 6 percent, local media reported Thursday quoting the Finance Ministry.

About 66 percent of the budget will be spent on capital expenditure, including equipment modernization, reports said.

The Indian government will also increase the Defense Pension by 14.26 percent compared with that of 2017-18, reports said.

Indian media said the defense outlay accounts for about 1.58 percent of India's projected GDP for the year of 2018-19.