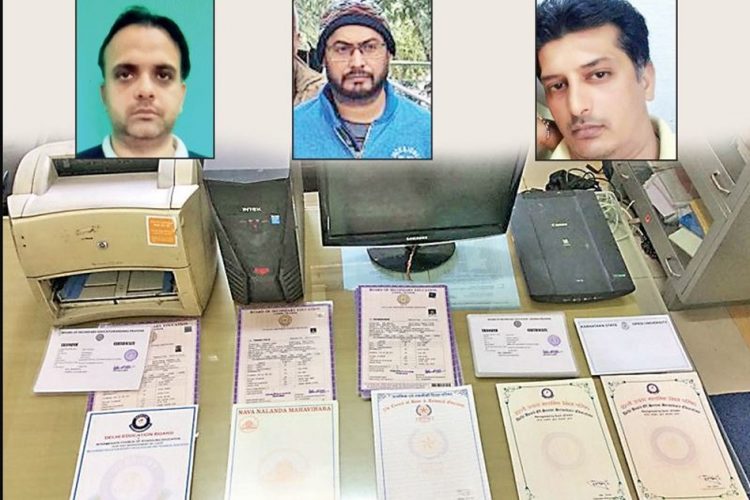 The three, identified as Pankaj Arora, Pawiter Singh and Gopal Krishan, established an “education society” with regional offices and over 40 agents in the country. They had allegedly sold over 50,000 forged mark sheets and certificates of universities and school boards, with prices ranging from Rs 10,000 ($157) to several lakhs, Times of India reported on Tuesday.

They even advertised in newspapers and online and ran fake websites of more than 30 education boards.

A man approached the Hari Nagar police complaining that he received a fake Class 10 certificate and related documents. Police busted the racket and found the evidence.

Similar reports often appear in the media. According to the India Deccan Chronicle, fake degrees flood colleges and some fake Indian degrees have even made it into the Middle East, the Khaleej Times reported.