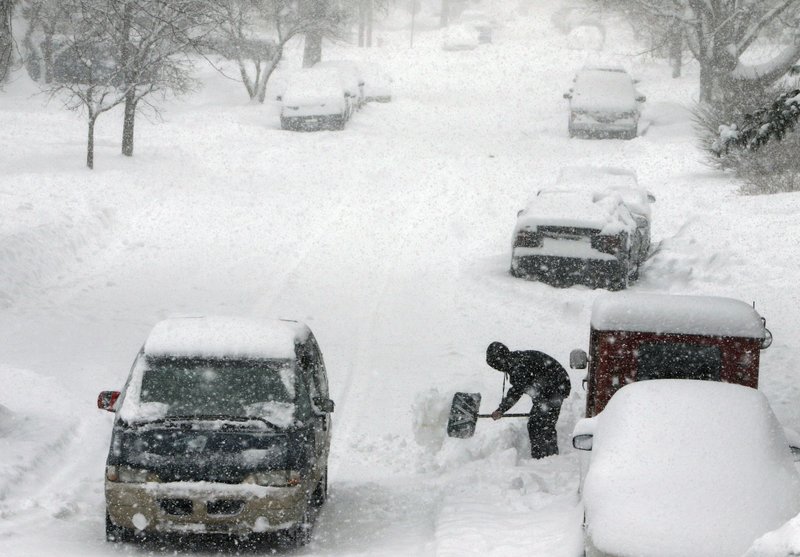 A county near Chicago has recorded four deaths related to moving snow in the 48 hours following a major winter storm.

Lake County, Indiana, Coroner Merrilee Frey, says Saturday that the deaths were related to shoveling or snowblowing. She issued an urgent message asking residents to be careful while moving snow.

The Chicago Tribune says the four deaths included a 51-year-old woman who died in her home Thursday evening after coming in from shoveling snow and a 72-year-old man who died Friday morning after suffering a cardiac arrest while using a snowblower. A 67-year-old man died Friday afternoon after shoveling snow. Details of the fourth death in the county were not immediately available.

The Tribune reported Friday that in Naperville, Illinois, just west of Chicago, a man in his 60s died after suffering a heart attack while shoveling snow.

Lake County, Indiana, is about 45 miles (72 kilometers) south of Chicago.