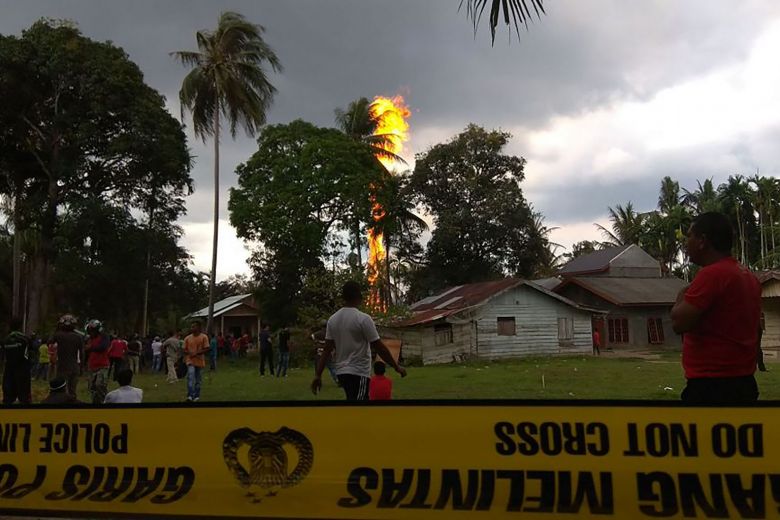 People watch as a fire burns at an oil well in Peureulak, Indonesia's Aceh province, on April 25, 2018. (Photo: AFP)

The death toll from an illegal oil well blaze in Indonesia has jumped to 18 with dozens injured, authorities said Wednesday, warning that there could be more victims of the explosion.

Images from the accident showed a towering flame shooting some 70 metres (230 feet) in the air above homes and palm trees dotting a small community in Sumatra island's Aceh province.

Firefighters on Wednesday afternoon were still battling the blaze sparked by an oil spill at about 1:30 am (1830 GMT Tuesday) in a residential area. Several homes were also destroyed.

Authorities initially said at least 10 people died and some 40 "severely injured" victims were being treated.

The jump in the death toll was from the subsequent deaths of five victims who had been rushed to hospital, authorities said.

"There was a group of people digging in the old well but suddenly a huge fire was sparked and it exploded," said national police spokesman Setyo Wasisto.

The victims were collecting oil from around the entrance of a wellbore when the blaze erupted, police said.

It was not known how much oil was spilled or what ignited the fire, but authorities suggested a lit cigarette as a possible cause.

"There were many people there who were smoking," Wasisto said.

"It's a village so many were scrambling to get oil and it was crowded," he added. 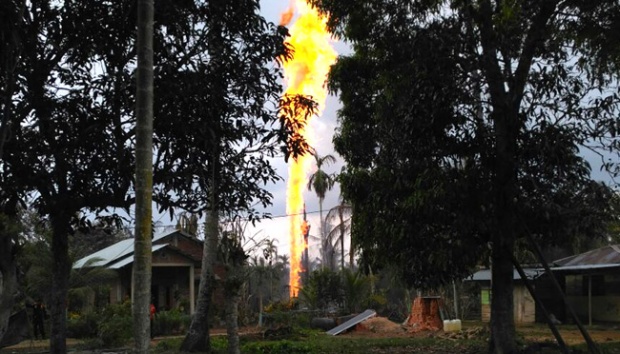 There are reportedly tens of thousands of such wells across the Southeast Asian archipelago.

Although authorities said the Aceh operation was illegal, deadly fires are not uncommon in Indonesia, a sprawling country of more than 260 million people where safety regulations are often flouted.

In October, 47 people died after a blaze tore through a fireworks factory outside Jakarta.

Workplace safety is often lacking in Indonesia and there are also concerns about lax building standards.

That directive followed a balcony collapse at the Jakarta Stock Exchange building which injured dozens.