In a photo taken on August 8, 2017 a South Korean soldier stands guard outside a pavillion spanning the military demarcation line at the truce village of Panmunjom in the Demilitarized Zone (DMZ) between North and South Korea. Photo: VCG

The Democratic People's Republic of Korea (DPRK) and South Korea will be holding ministerial-level talks, their first in two years, at the truce village of Panmunjom on Tuesday, sending an encouraging signal of detente of inter-Korean relations.

While the participation by the DPRK of the upcoming Pyeongchang Winter Olympics is on the agenda, humanitarian issues such as the reunion of separated families and humanitarian aid could be discussed in the one-day meeting at the Peace House of Panmunjom, on the South Korean side.

Both sides will be represented by a five-member delegation specializing in inter-Korean issues. The DPRK delegation will be led by Ri Son-gwon, chairman of the Committee for the Peaceful Reunification of the Fatherland, while Unification Minister Cho Myoung-gyon will lead the South Korean delegation.

Officials in charge of Olympics and sports from both sides will also be joining the talks.

In the past, the two sides have organized regular reunions for separated families. These are highly emotional occasions for all Koreans who were separated by the 1950-53 Korean War who are today living on both sides of the demarcation line known as the 38th Parallel North.

The DPRK always condemns the highly militarized line separating the peninsula as a national shame and a symbol of a split and unwanted confrontation of the two Koreas "created" by the United States, which has led to the tragedy of tens of thousands of Koreans who were forceably fragmented from their families on both sides of the military line.

The two sides suspended family reunions for years due to rising tensions. After South Korean President Moon Jae-in assumed office last year, he proposed the resumption of the reunions. Moon's public support rate also soared to above 70 percent after he decided to hold the talks with the DPRK.

The United Nations Security Council has imposed a raft of sanctions on the DPRK to curb its missile and nuclear programs.

Pyongyang says the sanctions have not only hit hard on its economic activities and overseas trade, but also severely affected their people's livelihood.

The DPRK also urged the United Nations to weigh and consider the damages to the country's humanitarian situation caused by these sanctions.

Last year, South Korea offered to send delegates to the DPRK to observe its humanitarian needs and discuss possible aid, but the offer was rejected by Pyongyang over security reasons.

The upcoming talks will also give a chance for both sides to allow for a gesture of good will for the South and a way to meet the difficulties of the North.

While all international observers are watching Tuesday's meeting with cautious optimism, most agree that it will be the first step towards the healing of the relations between the two.

China has welcomed this move, applauding all efforts of reducing tensions and creating a more peaceful atmosphere on the peninsula, which could pave the way for future diplomatic talks on the nuclear issue on the Korean Peninsula.

The United States remains skeptical, but does not openly block Seoul from reaching out to Pyongyang, as clearly shown by the decision to postpone the U.S.-South Korean joint military drills during the Pyeongchang Winter Olympics. 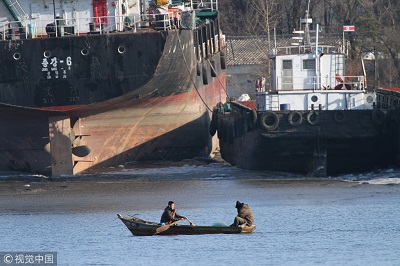