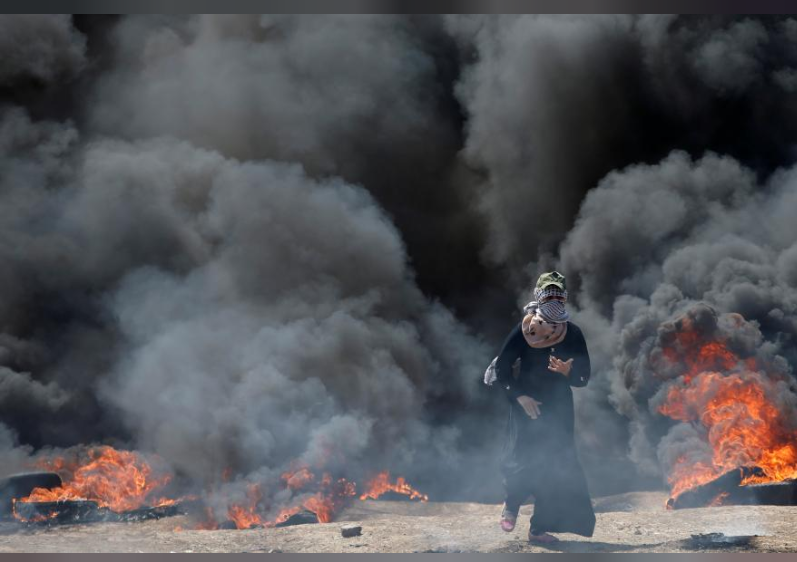 A female Palestinian demonstrator gestures during a protest against US embassy move to Jerusalem and ahead of the 70th anniversary of Nakba, at the Israel-Gaza border, east of Gaza City. (Photo: Reuters)

The office of the prosecutor of the world’s permanent war crimes court on Wednesday expressed “grave concern” about escalating violence in Gaza and said alleged crimes could be subject to an investigation.

Dozens of Palestinians were killed by Israeli gunfire during protests on Monday, the day the United States relocated its Israel embassy to Jerusalem.

“Any new alleged crime committed in the context of the situation in Palestine may be subjected to the office’s legal scrutiny,” a statement on Wednesday said. “This applies to the events of 14 May 2018 and to any future incident.”

Prosecutors at the International Criminal Court opened a preliminary examination into hostilities in “the occupied Palestinian territory, including East Jerusalem” in January 2015 and have yet to determine whether they will launch a full formal investigation.