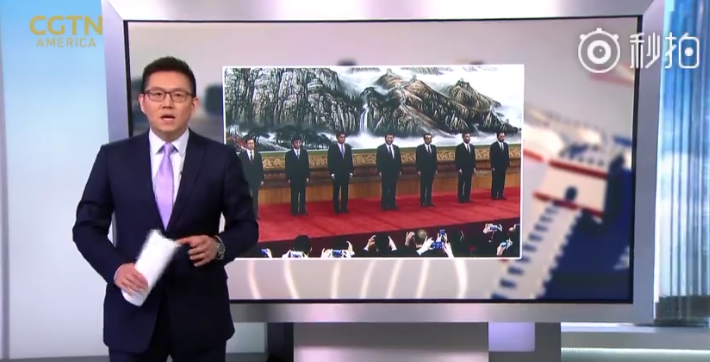 As an introduction, let's begin by looking at the leaders' backgrounds. They bring leadership experience from across China – from the pace-setting cities of Shanghai and Beijing, to remote and much less developed regions like Qinghai and Shaanxi, a major inland city like Chongqing, a coastal province, Guangdong, and a border province, Heilongjiang.

The seven leaders do have some things in common: They all started at the grassroots level and spent decades working their way up.

They all have university degrees. Many have advanced degrees. Premier Li Keqiang has a PhD in economics and President Xi has an LLD, Doctor of Laws.

Now let's take a closer look at each of them.

Third is Li Zhanshu. Like President Xi, Li served as a county official in northern Hebei Province, and later worked in northeast China's Heilongjiang Province, and in southwestern Guizhou Province, which was one of the poorest areas of China. Later, he was promoted as director of the General Office of the CPC Central Committee, serving as chief of staff for Xi Jinping.

Wang Yang is a familiar face for China watchers. He was China's vice premier in charge of economics and commerce. Before that, he was Party secretary of two of China's most important regions – Guangdong and Chongqing. He also headed the Party's group on poverty reduction, something at the core of President Xi's people-centered governance philosophy.

Wang Huning is slightly different. He spent the last 15 years as a policy guy. His title is Director of the CPC Central Committee's Policy Research Office. In that capacity, he served three Chinese presidents… and is considered the brains behind their governing philosophies. He's the highest ranked scholar-turned-leader. At 30, he was already a law professor at Fudan University.

Last but not least, Han Zheng is the Party Secretary for Shanghai. He spent his career there, first managing a shoe factory then leading the economic revitalization of one of Shanghai's main districts. Then he became the city's mayor in 2003 and the economist by training hopes that he will bring Shanghai's touch to the nation's growth policies.