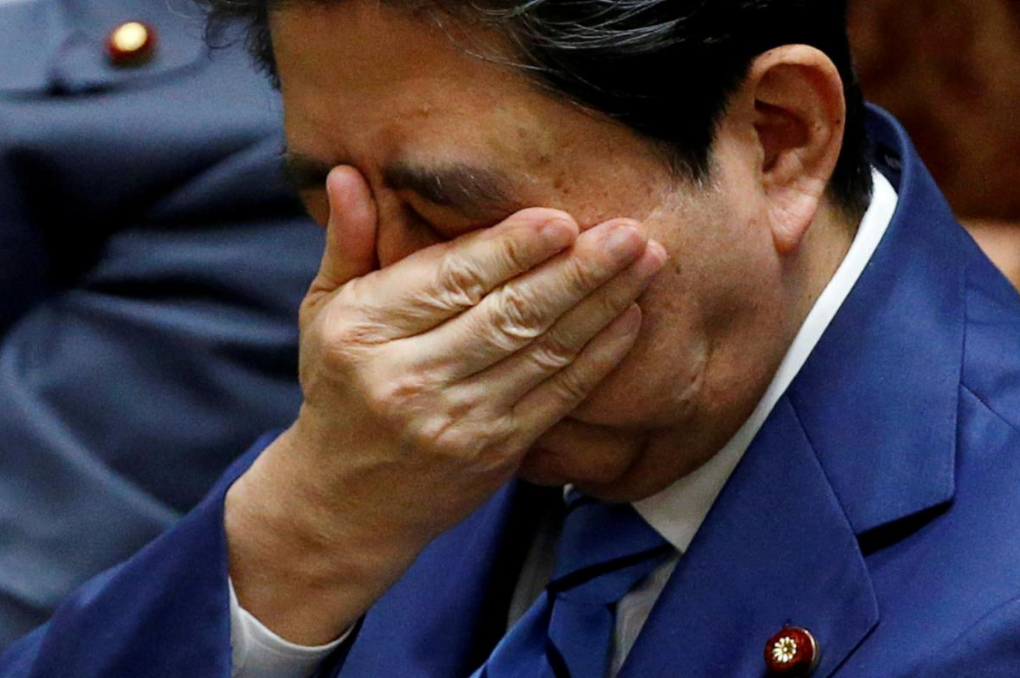 From a rising Nikkei stock market to falling measures of volatility, there is little in Japan’s financial markets to suggest that this may be a nation on the verge of a political upheaval.

Public support for Prime Minister Shinzo Abe, the architect of the Abenomics brand of reforms that has helped weaken the yen, raised economic growth levels and lifted corporate profits, is at record lows as his administration is embroiled in scandals involving suspected cronyism.

That has drastically reduced the odds of Abe being re-elected leader of the ruling Liberal Democratic Party (LDP) in September and becoming Japan’s longest serving prime minister. A popular predecessor even predicted this week that Abe would probably resign in June.

But investors don’t appear to be worried.

“As an investor, I have no plan to do any Abexit trade,” said Yasuo Sakuma, chief investment officer at Libra Investments in Tokyo. He said most investors are now looking at economic and company prospects rather than politics to gain an advantage in the market.

The belief among some that Abe has already set in motion an irreversible economic recovery is behind some of this optimism.

The three-pronged Abenomics platform implemented in 2012, comprising fiscal expansion, monetary easing, and structural reform, has already seen the Nikkei stocks index more than double in value. The economy is growing at its best in three decades and is no longer mired in deflation.

“The Japanese economy and Japanese corporate earnings have acquired an independent energy, and do not depend on the maintenance of the Abe administration,” said Richard Kaye, portfolio manager at French asset management firm Comgest.

There is also an expectation among investors that the policies of Haruhiko Kuroda, the Bank of Japan governor who was reappointed by Abe this year and who is seen as the person behind Japan’s monetary stimulus, would survive an Abe exit. And that’s even if Kuroda himself were to depart early.

Relatively cheap valuations and the other cross currents facing Japan are other reasons investors are disregarding the possibility of an Abe departure.

Though it is trading close to the 22,000 mark, the Nikkei isn’t that expensive, with a price-to-earnings ratio below 16.

Political and economic risk in Japan could prompt a flight to the safety of the yen, though the Japanese currency is already up more than 5 percent against the U.S. dollar this year, partly owing to the increasing threat of trade protectionism.

The absence of a clear successor to Abe isn’t bothering investors either.

“There is not perhaps that much new in terms of policy that Abe is offering,” said Paul Donovan, global chief economist at UBS Wealth Management.

“A change in leadership may matter if the next prime minister has a radically different agenda. But were Abe to resign, that of itself would not necessarily change existing policy.”

A survey by broadcaster Nippon TV released on Sunday showed Abe’s support had sunk to 26.7 percent, the lowest since he took office in December 2012. An Asahi newspaper poll on Monday put his support at 31 percent.

“The prospect of Abe being removed would be negative for markets in the short term, but the overall policy framework of Abenomics, including the BOJ, would most likely remain in place,” said Jeremy Osborne, an investment director at Fidelity International in Japan.

The markets reflect that composure.

The Nikkei volatility index, Japan’s version of the global risk and volatility barometer VIX, fell to a 2-1/2-month low this week. The implied volatility on the dollar-yen currency pair is at its lowest levels in about three months.

But there are some who think there is still a risk of political dislocation in the near term.

“But the situation could change as early as early May,” Ii said. “Politics can change quickly once it gets moving. So we need to be careful.”