HEADLINE IOC official: Beijing 2022 Winter Olympic venues will be landmarks with a legacy

IOC official: Beijing 2022 Winter Olympic venues will be landmarks with a legacy 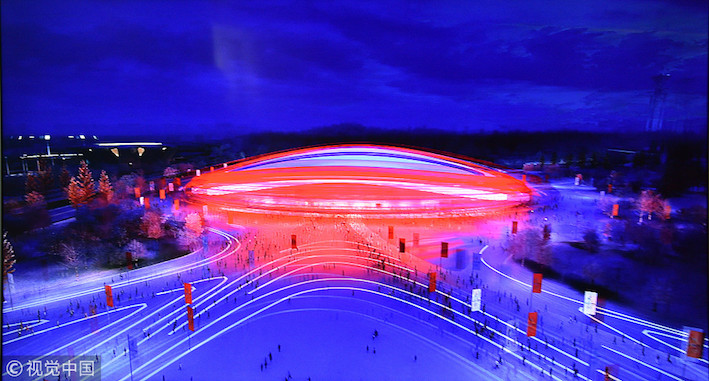 Samaranch, who came to Beijing to attend the 4th IOC - Beijing 2022 Project Review, says he is impressed by the solid preparation of the Beijing Organizing Committee.

During the two-day meeting the IOC and the Beijing Organizing Committee had discussions about constructions of venues and marketing.

The Vice-President also mentioned the importance of the "New Norm" to promote the Olympics more efficiently.

"We just presented and approved in the IOC Session a couple of months ago the 'New Norm', which is how to make the organization of the Olympic Games more efficient with less cost and focusing on [it's] legacy. We'll be discussing that today, this afternoon...how to implement the 'New Norm' within the working plans already existing in Beijing," Samaranch said.

Samaranch believes Beijing 2022 venues will not only be landmarks for winter sports in the world, but also benefit local communities with a "win-win" legacy.

"We've been reviewing the venues. They are to the utmost standards of any international federation. So when they are built, they will be the best venues in their particular specialties in the world," Samaranch added.

Samaranch says that many millions of Chinese people and Asians are going be able to join the winter sports community through those facilities; it's a "win-win" for everyone.