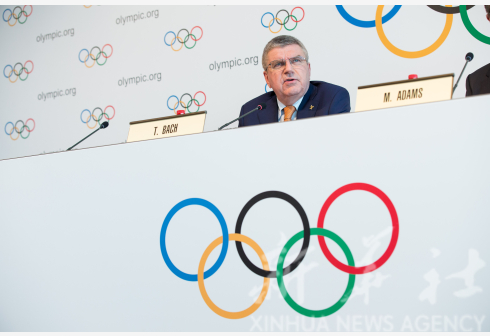 The decision by IOC executive board, however, also said that Russia could be reinstated once all remaining doping tests from the 2018 Games have returned negative.

"If there are no (new) positive results the sanction is considered to be lifted," IOC president Thomas Bach told reporters.

Russians have been competing as neutral athletes at Pyeongchang, with their Olympic status suspended for allegations that Russia ran a systematic, state-backed drug-cheating program.

Bach confirmed that the two doping cases in Pyeongchang, involving mixed doubles curling bronze medallist Alexandr Krushelnitckii and bobsledder Nadezhda Sergeeva, played "the major role in coming to the decision of not lifting the suspension".

"There is no indication for a systemic doping affair here or any involvement of the OAR leadership or the Russian Olympic Committee," he added.

The Russian Olympic Committee (ROC) meanwhile expects the ban to be lifted soon after the end of the Games, in a statement reported by TASS news agency,

"We hope and we very much expect that in the next few days the ROC's membership in the IOC will be fully reinstated," ROC was quoted as saying.