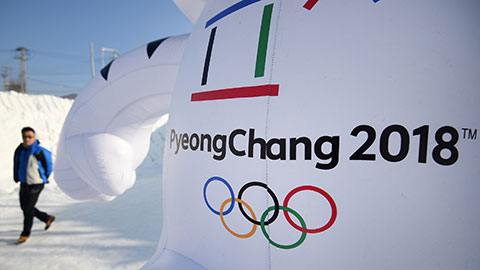 The IOC says 22 North Korean athletes will compete in the Pyeongchang Olympics next month and both Korean teams will march together in the opening ceremony.

The North Korean delegation will include 24 coaches and officials at the Feb. 9-25 Winter Games.

Bach offers "sincere thanks to the governments of North and South Korea."

The agreement became possible after North Korean leader Kim Jong-un said three weeks ago that a team could cross the border to compete.

Bach did not take questions and was flanked by Olympic and government officials from both countries at a brief news conference.