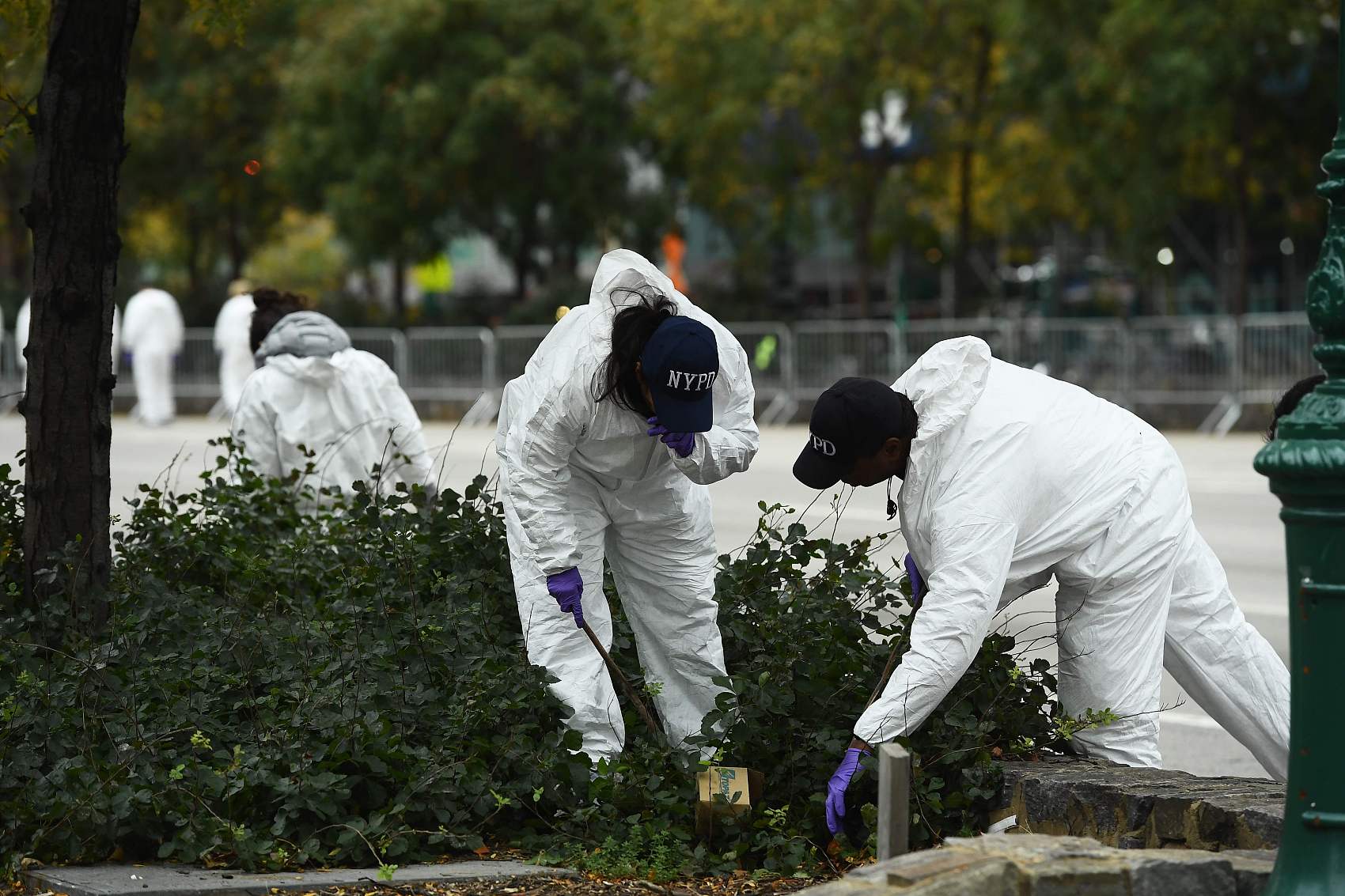 Law enforcement personnel search for evidence November 1, 2017 near the site of a terror attack in New York on the previous day. Photo: VCG

Iran's Foreign Ministry condemned the recent deadly terrorist attack in New York, Press TV reported on Wednesday.
The terrorist massacre of defenseless civilians on the streets and public areas was indicative of the terrorists' ruthlessness and brutality, Iranian Foreign Ministry Spokesman Bahram Qasemi was quoted as saying.
He offered condolences to the families of the victims.
Terrorism in the Middle East is the result of "the policy that the United States and its allies have at certain junctures adopted," Qasemi also said.
The only way to eradicate terrorism is that all countries should adopt a serious and sincere approach to confront the scourge, he added.
On Tuesday, a pickup truck plowed into the people on a cycle path in Lower Manhattan in New York and killed eight people and injured 11 others.