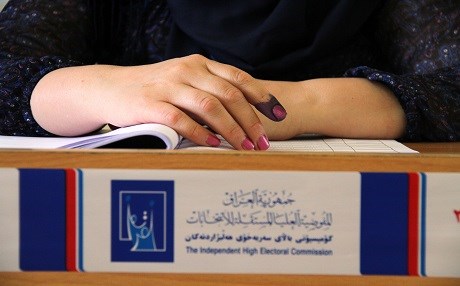 The Iraqi parliament Monday approved the general elections to be held on May 12, the official television reported.
The decision came after Iraq's federal court ruled that it is not possible for the elections to be delayed.
"The Council of Representatives (the parliament) has voted unanimously to hold the elections on May 12 as set before by the Council of Ministers (the cabinet) and the electoral commission," the state-run Iraqiya channel quoted Abbas al-Baiyaty, a lawmaker from the Iraqi National Alliance, as saying.
Iraq's previous general election was held on April 30, 2014, when the Iraqis elected 328 lawmakers for the parliament, which in turn elected Abadi to form an inclusive government from the Shiite alliance, Kurds and Sunnis.