HEADLINE IS links with suicide attacks in Indonesia: police

IS links with suicide attacks in Indonesia: police 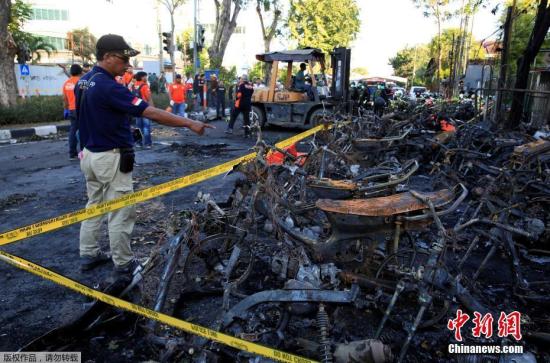 The police chief revealed that the suicide attackers in three churches and the police headquarters in Surabaya, provincial capital of East Java on Sunday and Monday respectively, and the clash between militant prisoners and police last week, were members of Jemaah Ansharut Tauhid (JAT) and Jemaah Ansharut Daulah (JAD) which are affiliated with the IS.

The official said the strikes were retaliation of the JAT and the JAD against the arrests of scores of top leaders of the two groups.

Maman Abdurrahman and Jainal Ansari, two top leaders of the JAD, have been detained and under legal process, Karnavian said.