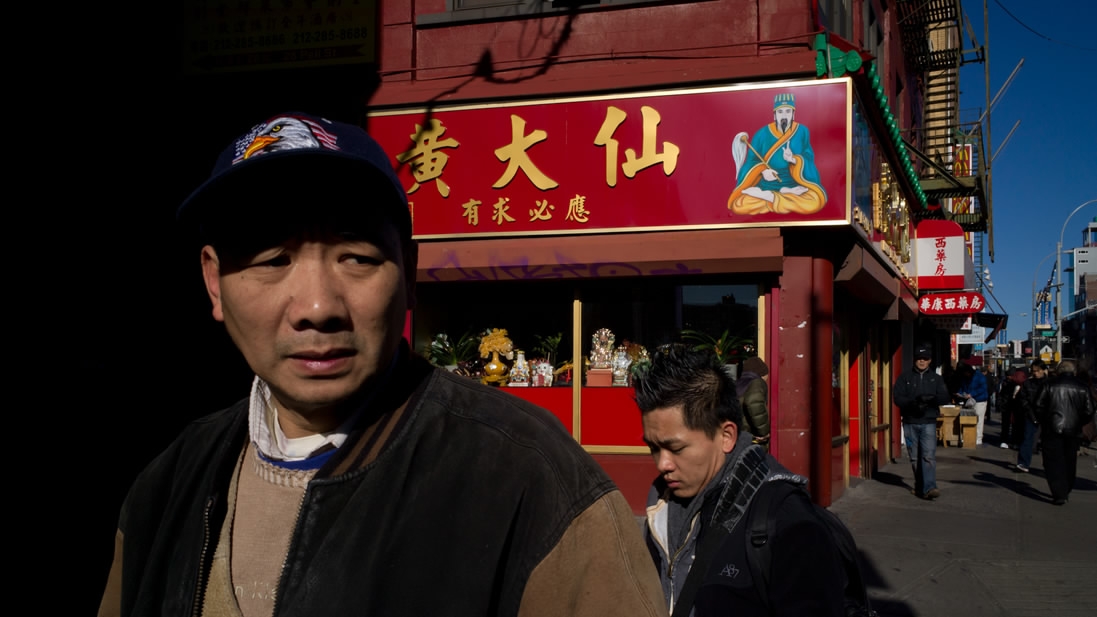 New York City‘s Chinatown has a long history; it is just about the only neighborhood in Manhattan that still retains the atmosphere of old the New York - a city that was once less gentrified and more down-to-earth. When comparing to other small Chinatown in Europe and beyond the Manhattan’s Chinatown showed more excitement and authenticity.

However, many old residential buildings and shops in Chinatown have been closed in recent years. Buildings are slowly being demolished and replaced by luxury hotels, small galleries, and cafes. Change is happening so fast it looks like Chinatown in New York could soon be in deconstruction and remodeling. 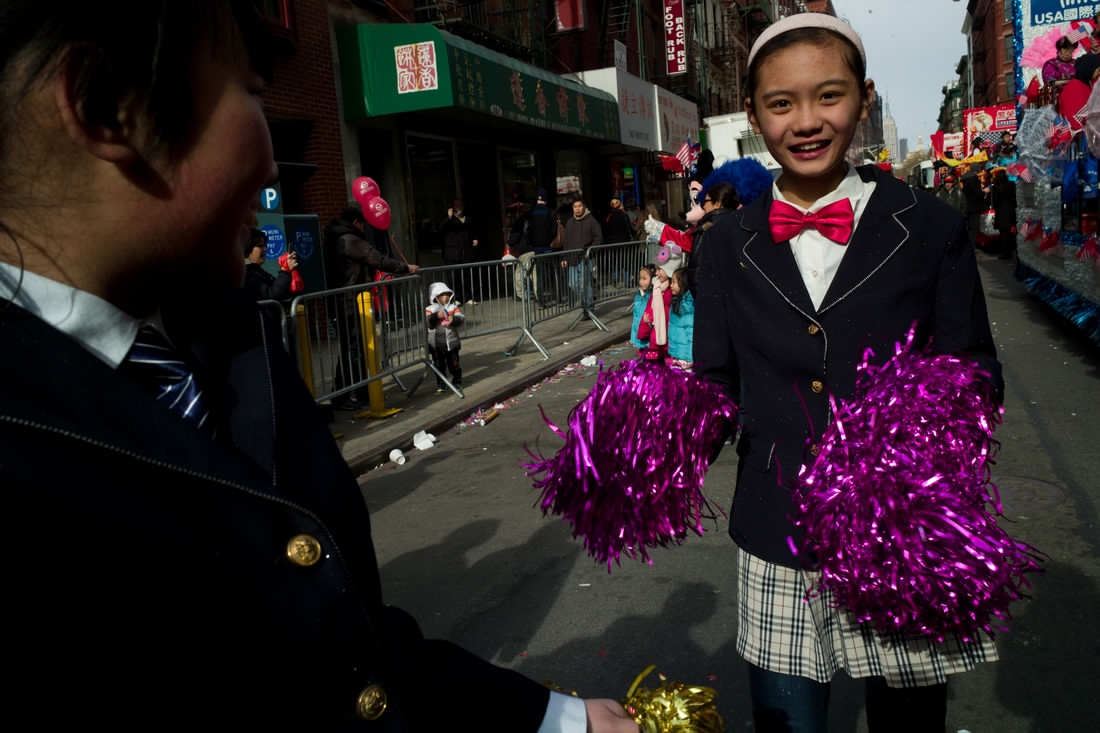 Historians found a record from 1852 about the customs in Chinatown of New York City. Each year, spring and autumn, Chinese people in New York have a tradition of worshiping their ancestors. Some of the rituals include roasting pig and goat meat, firing off a long line of firecrackers, burning symbolic pieces of paper in the streets and completing a series of mysterious and complex ceremonies. People in Chinatown enjoy the sacrificial offerings to their ancestors.

As more than one hundred years have passed, Chinatown in New York City still follows some customs that make the Chinese in China feel “surprised.”

Dimitri Mellos, a photographer who spent several years focusing on Chinatown in New York. “My wife told me that she had never seen any similar holiday conventions in her hometown of Shanghai, and it could not only see the past of New York City but can see the past of China," he said. 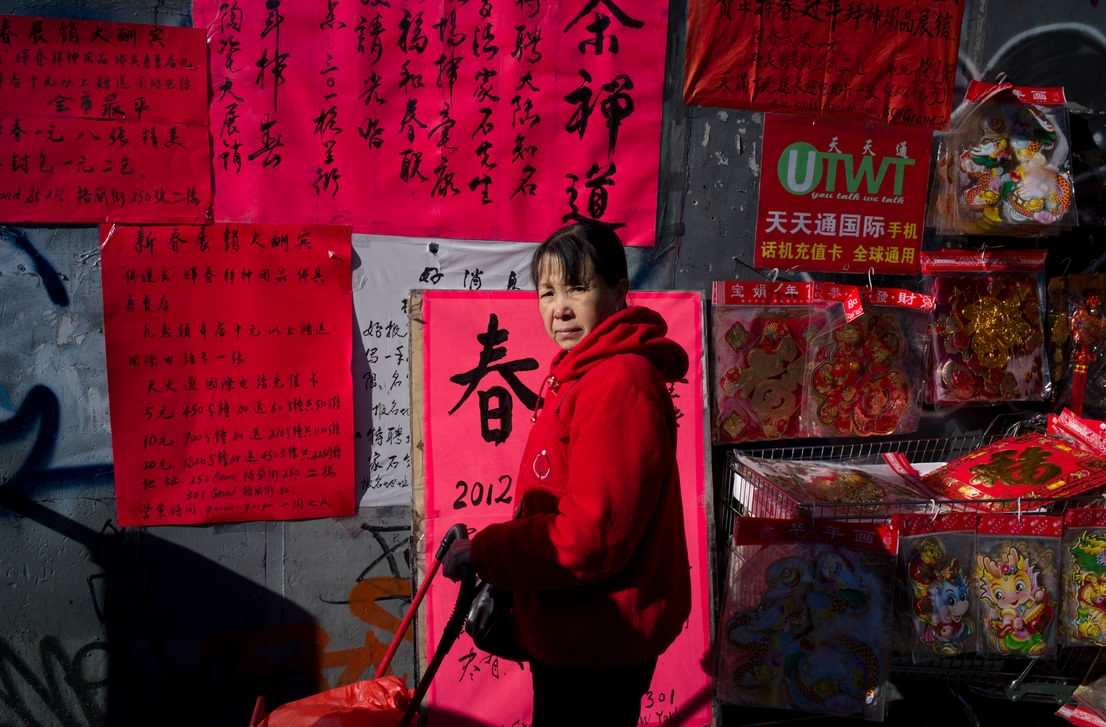 An old woman is passing through Chinatwon. /Dimitri Mellos Photo,

In the late 90's, restaurants, banks, gift shops, pharmacies and doctors' offices were all booming businesses in Manhattan’s Chinatown due to the fact it is only ten minutes away from the World Trade Center.

After the 911, the city went through a long-term depression leading to a ten percent decrease in the population. However, optimistic diasporas believed that Chinatown was just next door to a new "gold mine" because the World Trade Site would be a huge tourists attraction.

“Maybe a few years later, with the land prices and rents rising, Chinatown will become more like a business or entertainment area of the New York City. But Chinatown’s cultural influences have been extended to all areas of American social life, internalize into a unique character, " said Dimitri. 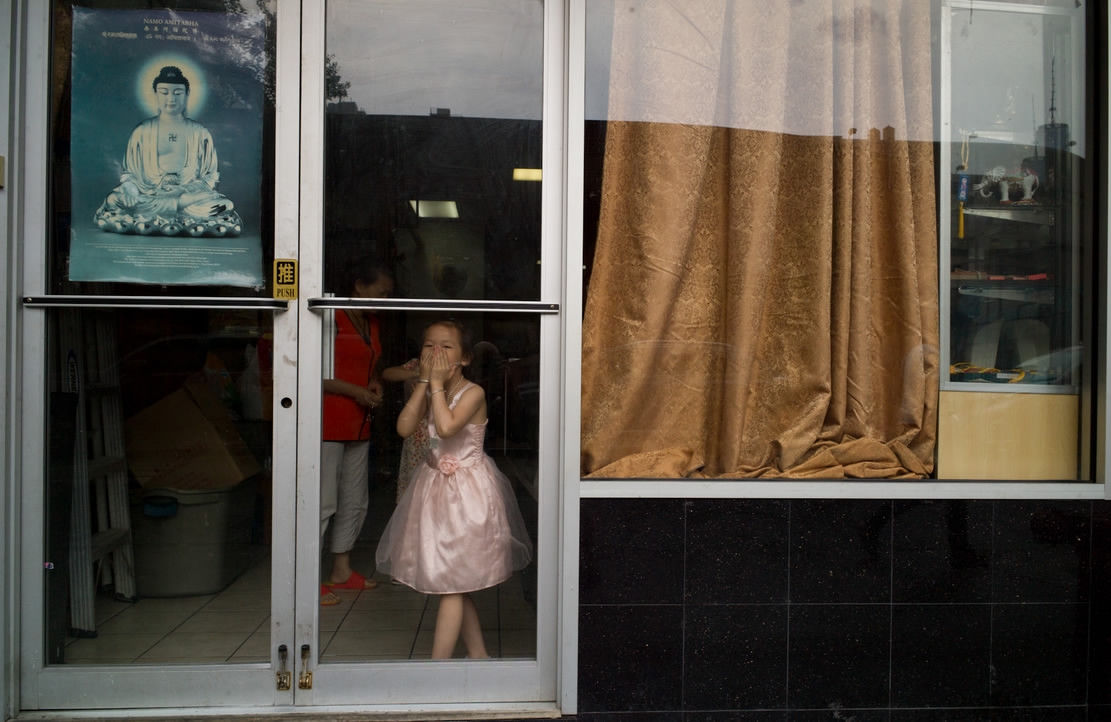 Young girl playing in the window of a story in Chinatown. /Dimitri Mellos Photo,