HEADLINE Is Tesla in crisis?

Is Tesla in crisis? 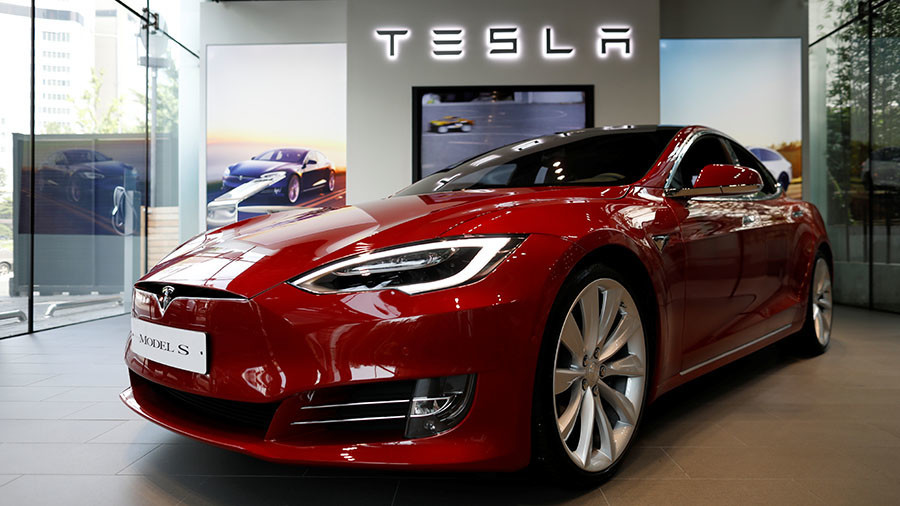 Tesla CEO Elon Musk is facing a series of headache-inducing calamities as he pushes to transform the electric carmaker from niche player to mass-market manufacturer with the Tesla Model 3.

Calamities include battling the United Auto Workers union at its Fremont, CA factory, factory, seeing high-level executives leave, and having its parts supply stifled. As Musk said last year, the company is going through "production hell."

Labor relations are getting worse between Tesla and its factory workers in Fremont, which the UAW is using to file a string of unfair labor practice charges with the National Labor Relations Board. The union conflict had been publicized in February 2017 when Tesla employee Jose Moran posted a blog article detailing harsh working conditions. Moran said that some of these workers had contacted the union because of it. In October, Tesla fired about 700 workers, which CEO Elon Musk said was part of routine performance reviews, but which union supporters described differently.

Volkswagen has faced similar efforts from the UAW to organize its plant in Chattanooga. The union lost a vote in 2014 to unionize factory employees but has successfully organized a group within the plant to stay with it. Workers in the greater Bay Area, where Fremont is based, have been known to be more supportive of unions than in other parts of the country. However, unions such as the UAW have been losing support and membership for several decades. Convincing a majority of the workforce to bring in the union is a difficult task — but the prospect of unionization is enough to rile up Musk.

Tesla workers and management are facing a steep uphill climb. In July of last year, Musk predicted the company would be building 5,000 cars a week by the end of December 2017. A Bloomberg tracker estimates that's more like 832 cars a week this month. To reach Tesla’s revised goal of hitting 5,000 a month by the end of June, conditions will need to improve significantly.

Questions are being raised out how effective Musk has been managing the company through this difficult conversion to a mass-market manufacturer. The electric automaker has been seeing other problems come up, including three of its top financial executives leaving recently. Tesla has been losing other executives, which can be typical for Silicon Valley tech-savvy companies having its talent poached away. But the latest round with the three executives leaving coincides with mounting pressure for profitable Model 3 deliveries.

Investors would like to see better performance from Tesla. The company's stock has gone from a recent peak of $357 in late February to around $311 per share as more information comes out regarding the steep hill that Tesla is climbing.

Competitors do have major advantages over Tesla — deep pockets covering the cost of manufacturing the cars and a lot more experience in how to do it profitably.

Production hell has been a reality for Tesla in March. NBC reported that a current Tesla engineer estimated that 40 percent of parts made or received at the Fremont factory require rework. Sometimes, the parts need to be shipped back out of the plant for rework, and in other cases, vehicles seem to be pulled off the assembly line for repairs before being shipped out.

News also came out last week that the company stopped production in Fremont to adjust equipment that can increase the production rate. Production was reportedly suspended from February 20 to February 24 to make these changes. Some of the problems have also been traced back to its Gigafactory battery plant near Reno, Nev. But most of the problems seem to be coming from the Fremont plant.

Production has been slowly increasing for the company, with 101,312 vehicles delivered last year — a 33 percent rise over 2016. But the electric carmakers’ goal is much higher — hitting 500,000 vehicles built this year, a five-fold increase, and one that looks unrealistic for what will be accomplished this year.

Tesla does benefit greatly from having loyal fans and EV owners. Tesla’s Model X electric SUV has had the worst quality rating of any vehicle on the US market by Consumer Reports. It’s buyers, however, are willing to be tolerant, according to David Sullivan, a senior automotive analyst with AutoPacific.

Model X owners seem to be more tolerant than those looking into the Model 3, he said. Tesla has the challenge of reaching out to buyers of the more affordable electric car that starts at $35,000 before incentives.

The Tesla Model 3 is finding an audience and is doing well in sales at 2,600 units sold in the U.S. during February — beating the Chevrolet Bolt, Toyota Prius Prime, Tesla Model S, Tesla Model X, Chevrolet Volt, Nissan Leaf, and BMW i3 by a fairly wide margin.

The pressure is mounting thought, as Tesla aims to nearly double Model 3 sales by the end of June.