HEADLINE Is the US ignorant or deliberately misinterpreting 'Made in China 2025'?

Is the US ignorant or deliberately misinterpreting 'Made in China 2025'? 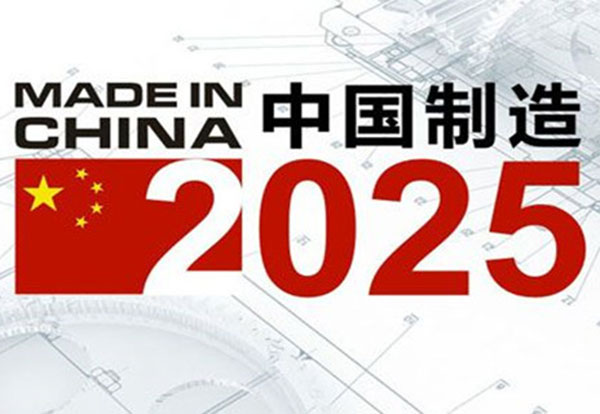 The US Trade Representative’s Office (USTR) released a report on its Section 301 investigation into China, and then unveiled a list of proposed Chinese imports that could face increased tariffs, arousing Sino-US trade tension.
So, what is the best way to analyze objectively the findings from the USTR report and the problems reflected therein to offer an active and proper response?
People’s Daily interviewed Zhao Changwen, Director General of the Department of Industrial Economy at Development Research Center of the State Council on Thursday.
“The 301 investigation initiated by the US was a measure used to protect US companies from receiving unequal treatment connecting technology transfer, market access, and investment. In fact, it was a form of strategic containment and suppression implemented by the US at China's high-tech industry and advanced manufacturing,” explained Zhao.
The 301-investigation report refers directly to the “Made in China 2025” plan, released in 2015.  The ten key areas in the plan mainly involve high-tech industries and advanced manufacturing. The US is worried that China will have mature capabilities in those areas and threaten their leading edge in the future.
Zhao said the Section 301 investigation and its conclusions are subjective and tendentious, an American-style interpretation, or even a misinterpretation. The investigation was conducted primarily with questionnaires and used subjective evaluations for American businesses. It also used business plans or research perspectives released by the Chinese government and research institutes, but in the end was lacking in facts and statistics necessary to form any kind of realistic foundation.
The expression “it is reported” appears many times in the final report, which proves the investigation was neither accurate or thorough.
The academic papers and public reports cited within were research outcomes based on assumptions. And some of the policies mentioned have since undergone adjustments, which means they cannot support the overall conclusion.
Many issues proposed in the report do not violate bilateral or multilateral trade negotiations, or national laws and regulations. As an example, Zhao says the 301 investigation mixed plans with industrial strategies, and saw “Made in China 2025,” "Outline of the National Program for Long- and Medium-Term Scientific and Technological Development", "Outline of the National Strategy of Innovation-Driven Development Background Briefing" and other development outlines as major industrial strategies, without differentiating their functions and efficiency.
Zhao further explained that “Made in China 2025” was a market-oriented strategic plan, open and inclusive.
At the beginning, the core idea was established based on the ideas of how the market plays a decisive role in resource allocation, keeping innovative, intelligent, environmentally friendly, and sustainable development concepts, with a focus on construction concepts and open cooperation with mutual benefits.
The Chinese government has repeatedly stressed that the “Made in China 2025” plan has always been an open system, as it was designed for universal applicability.
Chinese officials have emphasized multiple times that the “2025” plan was equal to Chinese and international companies, and China has always welcomed foreign companies to participate in the development of its manufacturing industries.
Companies from the US, Germany, Great Britain and other nations have participated and cooperated with the “Made in China 2025” plan, contributing to the construction of “intelligent manufacturing,” “green manufacturing” and other advanced forms of development.
“The 301 investigation and its conclusions were both a cognitive deviation and distorted,” Zhao pointed out while stressing the US twisted the facts behind “Made in China 2025,” misinterpreting it as as a plan completely dominated by the Chinese government, and an action aimed at acquiring or stealing core technologies from rising international companies where market entry would be exchanged for access to new technology.
Zhao believes China should maintain its strategic determination and stick with the plan in accelerating the implementation of “Made in China 2025,” and promote high quality development within the manufacturing industry. It should also strengthen support in advanced manufacturing sectors while following international practices and rules.
To strengthen support, China first must provide support for industry weak points in core technology research and development. Subsidizing research and development fits accordingly with WTO rules, and it’s a practice carried out by other countries.
Second, apply pragmatic tax measures, such as developing tax incentives for Chinese and foreign companies. Third, strengthen public support for research platforms, laboratories, pilot links, industrial Internet and other public infrastructures.