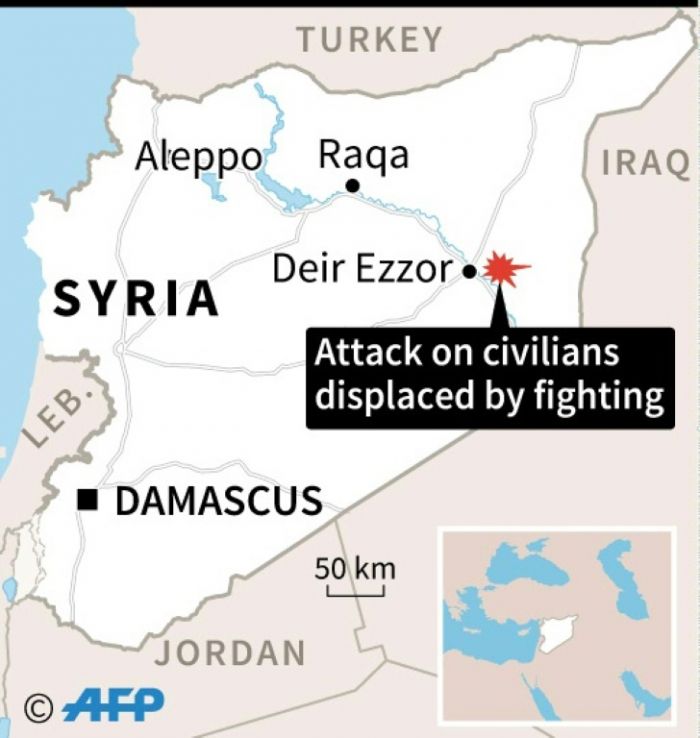 Syria: attack on civilian in the region of Deir Ezzo (Image -  AFP) 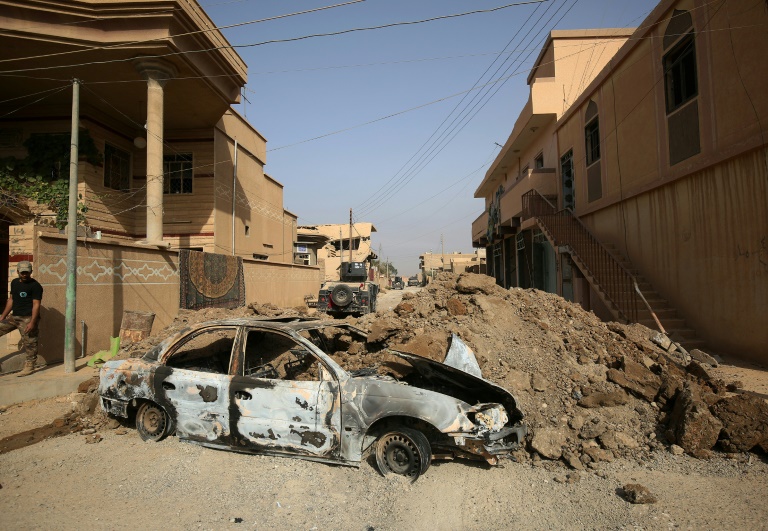 The Britain-based Observatory said 12 children were among the victims of the attack in Deir Ezzor province, where the jihadists are losing ground to two separate offensives aimed at ousting IS from Syria.

"Dozens of people were wounded, and the death toll could rise because of the number of serious injuries," said Observatory director Rami Abdel Rahman.

The displaced people had been on their way to neighboring Hasakeh province, where camps have been set up to house them in Kurdish-controlled territory, Abdel Rahman said.

IS controls roughly one quarter of oil-rich Deir Ezzor province but is battling for survival on two fronts.

One offensive against IS is by Syrian regime forces backed by Russian air power, while the second is by a US-backed Kurdish and Arab coalition, the Syrian Democratic Forces.

IS fighters are now cornered in part of Deir Ezzor province around the border town of Albu Kamal on the frontier with Iraq, and many civilians have been trying to flee the affected areas.

The jihadist group seized large areas of both Syria and Iraq in a lightning 2014 campaign, but has this year seen its self-proclaimed "caliphate" crumble as it came under multiple offensives.