The Islamic State group claimed a pre-dawn attack on a military compound in Kabul on Monday that officials said has killed at least two soldiers and wounded 10 others.

"Islamic State fighters targeted the military academy in the city of Kabul in a suicide attack," IS said via its propaganda arm Amaq. 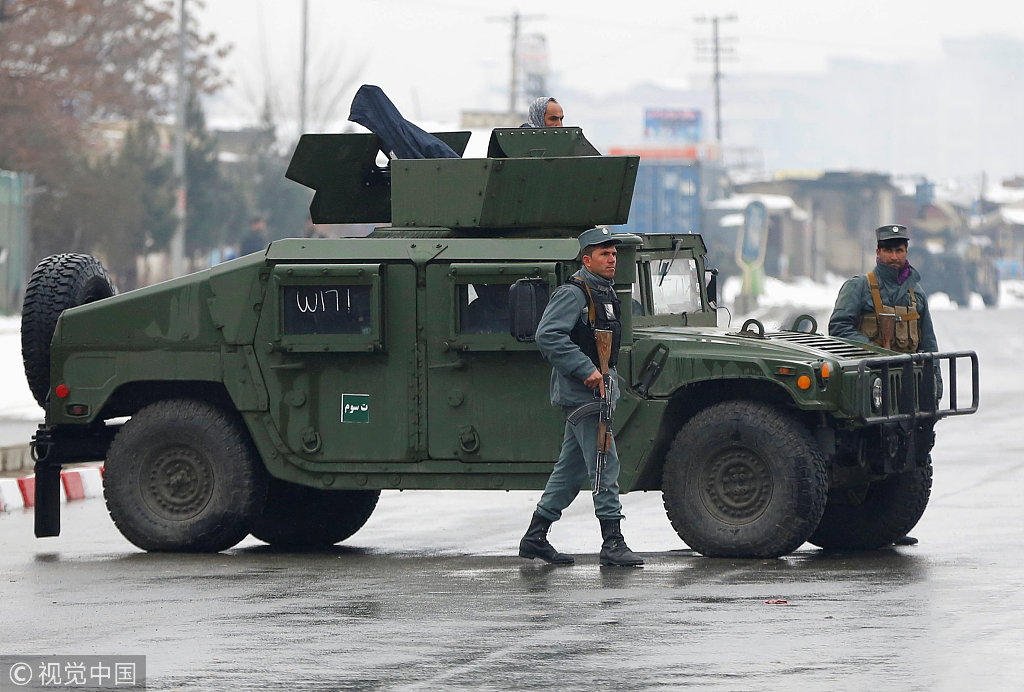 Afghan policemen keep watch near the site of an attack at the Marshal Fahim military academy in Kabul, Afghanistan January 29, 2018. (Photo: VCG)