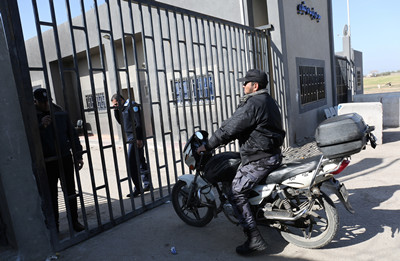 Israel temporarily closed the Kerem Shalom border crossing after it demolished the 1.5-kilometer (1-mile) long tunnel that ran past Israeli military posts as well as gas and fuel pipelines. Israeli jets struck part of the tunnel and a new set of sophisticated "tools" destroyed the rest. The Israeli military says it likely thwarted an imminent attack on Israelis.

Israel has placed a high priority on halting the tunnel threat since Hamas infiltrated Israel during the 2014 war.

It was the third such tunnel Israel has destroyed over the past two months.