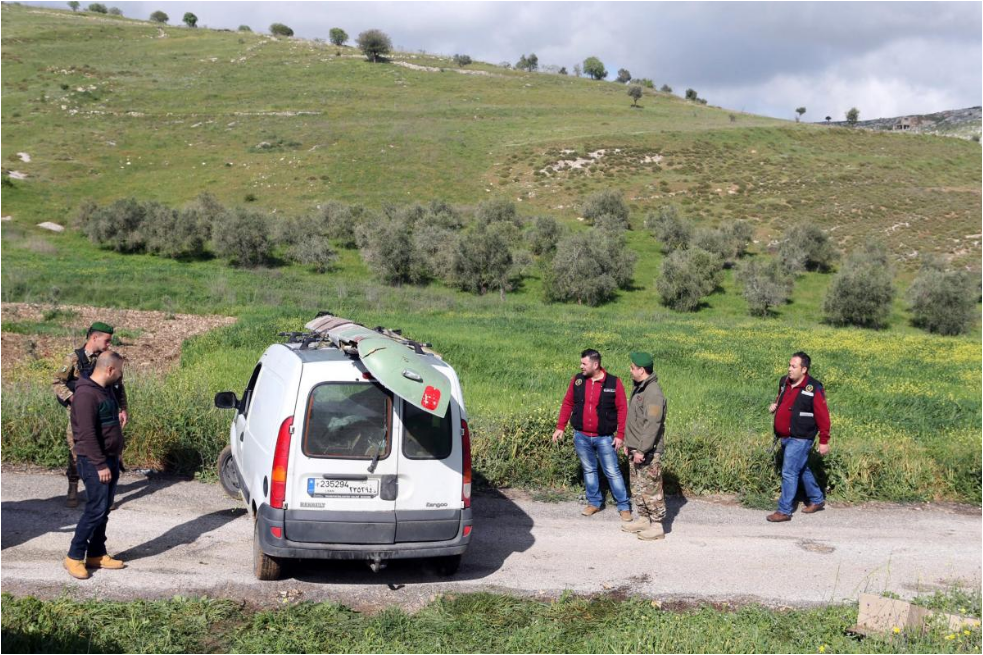 Lebanese army soldiers and intelligence members stand near a vehicle that carries the remains of an Israeli drone that crashed in Beit Yahoun village, in southern Lebanon, March 31, 2018. (Photo: Reuters)

An Israeli drone crashed in southern Lebanon overnight between Friday and Saturday, the Israeli military and Hezbollah’s al-Manar TV reported.

“An unmanned Israeli spy plane crashes between the villages of Beit Yahoun and Baraachit,” al-Manar reported.

A statement from the Israeli military said the drone had crashed because of a technical malfunction. “The incident is currently being reviewed. There is no risk of leaked information,” the statement said.

The heavily armed Hezbollah joined the Syrian civil war in support of Assad in 2012, and has played a critical part in helping his government defeat Sunni rebels backed by the United States and its regional allies - Saudi Arabia, Qatar and Turkey.

Hezbollah has spearheaded a coalition of Tehran-backed Shi’ite militias that have deployed to Syria from Iraq, Afghanistan and Pakistan. Iran’s expanding power in Syria has caused deep alarm in neighboring Israel.

Israel has mounted numerous air strikes in Syria against what it has described as Hezbollah and Iranian targets.

Sheikh Naim Qassem, the deputy leader of the Iran-backed Shi’ite group, told Reuters in an interview on March 15 that Hezbollah does not expect Israel to launch a war for now in Lebanon but that it is prepared for one.