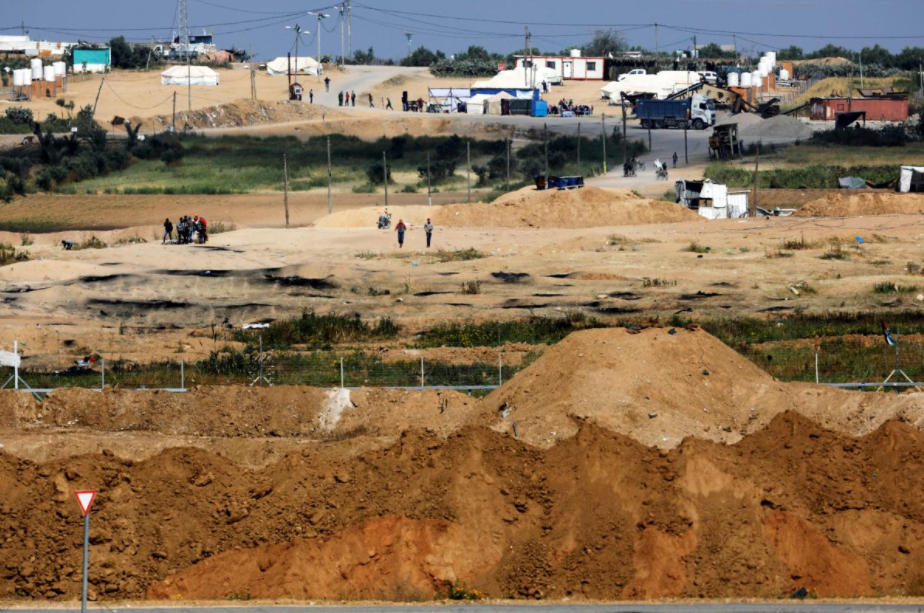 A general view shows the Israel-Gaza border, as Palestinians walk around the Gaza side of the border, Israel April 8, 2018. (Photo: Reuters)

Hardened by years of rocket attacks from next-door Gaza, residents of this frontline Israeli village seemed unmoved on Sunday by Palestinians’ mass demonstrations at the border and Israel’s deadly response to them.

Confrontations on each of the last two Fridays have been clearly visible from Nahal Oz, a kibbutz just 800 meters (yards) from the frontier. The sounds of Arabic chants, smoke from burning tyres and the cracks of gunfire from Israeli sharpshooters have wafted in across the wheat, jojoba and sunflower fields. 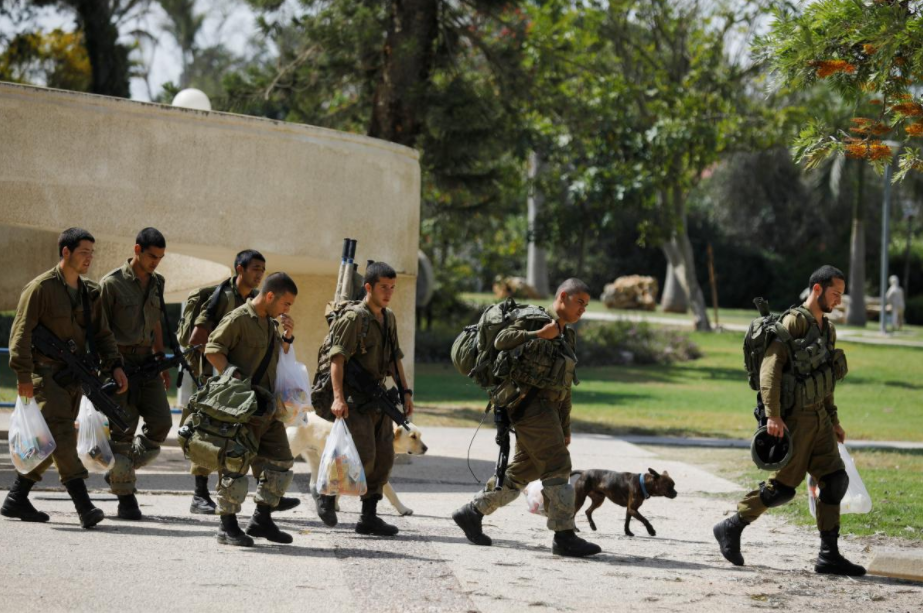 “I’m sorry about what is happening there. I know the situation is very, very difficult,” Israeli farmer Daniel Rahamim said about economic hardship in Gaza, the Palestinian enclave ruled by Hamas, an Islamist group that advocates Israel’s destruction.

“But I don’t talk about a peace deal anymore. Maybe we can achieve a long-term ceasefire,” Rahimim, 63, said as he irrigated his crops. He said his 24-year-old daughter, still “traumatized by rockets” left the area after the demonstrations started.

Twenty nine Palestinians have been killed since the protests began on March 30 along the frontier of the Gaza Strip. The demonstrations have been dubbed “The Great March of Return” of refugees and their descendants to ancestral homes now in Israel.

Drawing international criticism for its use of live fire, Israel said it is doing what is necessary to stop violent protesters from damaging or breaching its fence with the blockaded enclave.

Nahal Oz, like dozens of other villages and working class towns on the Gaza periphery, has over the years been targeted by Palestinian short-range rockets and mortar bombs and faced the threat of Hamas cross-border tunnels.

As last Friday’s protest got under way, six Israeli high school students who were on a study visit to Nahal Oz, clambered up an abandoned guard tower to peer into Gaza. They watched impassively and silently as the crowds gathered.

“I don’t feel any empathy for them (Palestinians),” said Ahuva Avraham, 62, who runs the grocery. “I would be happy if we could live in peace, but they don’t want to sit and talk with us.”

Haim Jelin, a legislator from Israel’s opposition centrist Yesh Atid party, and a resident of nearby Kibbutz Beeri, agreed with the government in rejecting UN and European Union calls for an inquiry into Israel’s killing of protesters.

“When it comes to the Gaza Strip, there is no coalition and opposition,” he told Reuters in an interview on farmland 300 meters (yards) from the border fence.