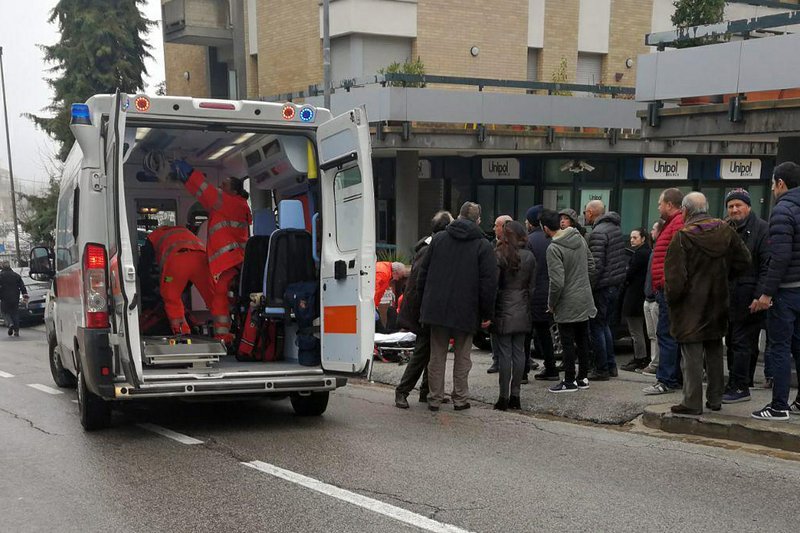 Italy’s interior minister says the suspected gunman in the drive-by shootings of six African immigrants was immersed in “racial hatred” and had an extreme-right background with both neo-Nazi and neo-Fascist ties.

Interior Minister Marco Minniti told reporters in the central Italian city of Macerata that the suspect had acted alone Saturday but planned the attack in advance.

The suspect, Luca Traini, ran unsuccessfully with the anti-migrant Northern League party in a local election last year, and previously had been associated with the neo-fascist Forza Nuova and Casa Pound.

A photograph of Traini in police custody shows he has a tattoo associated with neo-Nazis on his forehead. According to the Anti-Defamation League, the Wolfsangel is an ancient runic symbol that was appropriated by Nazi Germany and later adopted by Neo-Nazis in Europe and the United States.

Hospital officials say one of the six Africans wounded by a far-right Italian gunman has been treated for their injuries and released.

Authorities say five men and one woman were shot in a drive-by spree Saturday in the central Italian city of Macerata by suspect Luca Traini, 28. Italy’s interior minister says the suspected gunman was immersed in “racial hatred” and had an extreme-right background with both neo-Nazi and neo-Fascist ties.

Of the other five victims, authorities said late Saturday that one was in intensive care, while the others had either undergone surgery or were scheduled to have surgery.

Italian Premier Paolo Gentiloni has condemned the drive-by shooting spree targeting African immigrants in the central Italian city of Macerata, saying “hatred and violence will not succeed in dividing us.”

Gentiloni said Saturday that “one thing is certain, that horrendous crimes and criminal behavior will be prosecuted and punished. This is the law.”

Gentiloni also said Italy would be “particularly severe against whoever thinks of nourishing this spiral of violence,” adding “we will stop it together.”

An Italian man who has been politically active with the anti-migrant Northern League has been arrested in the drive-by shootings that wounded six people.