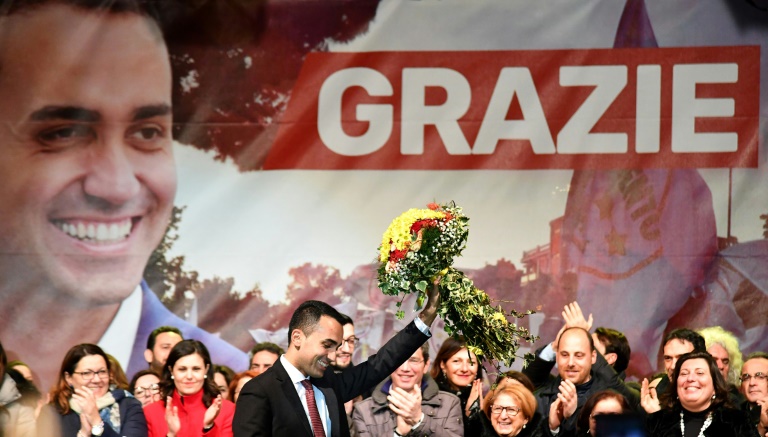 Italy's anti-establishment Five Star Movement reached out to leftist parties on Wednesday in a bid to end the stalemate from a general election, even as a rightwing alliance lobbied for its right to rule.

The Five Star Movement (M5S) became the country's largest single party in Sunday's ballot after picking up nearly 33 percent of the vote. But it finished second behind a rightwing coalition which obtained 37 percent.

Both formations would need allies to form a parliamentary majority. Observers say the most likely end to the impasse is an alliance between the M5S and the centre-left Democratic Party (PD).

"It's the most accessible road to take, even if the route is uphill, and steep," wrote the Corriere Della Sera.

"That is the message that has come loud and clear from the polls."

The ruling PD's coalition collapsed to third place with just under 23 percent of the vote, but could play kingmaker for a future government.

Matteo Salvini, head of the far-right League party which picked up the most votes in the rightwing coalition, has made his own overtures to rival parties.

He has however ruled out allying with the M5S. 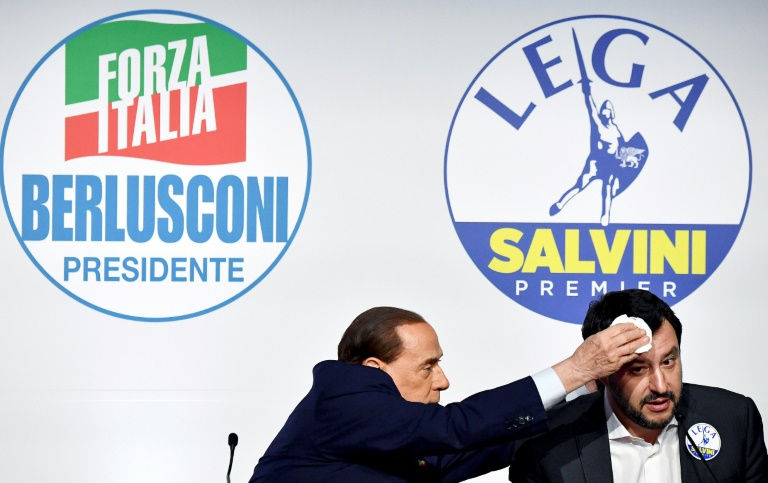 Salvini, who finished ahead of his coalition partner Silvio Berlusconi's Forza Italia (Go Italy), has said he is open to negotiating with anyone who "shares our programme".

Crucially, Salvini on Tuesday received the endorsement from three-time former premier Berlusconi who said he would respect their pre-election deal that whichever party came first could put forward a prime ministerial nominee.

'We have made history!'

Di Maio celebrated his victory at a rally with hundreds of supporters late on Tuesday in his home town of Pomigliano d'Arco, an industrial city near Naples.

"We have made history!" the 31-year-old told the crowd.

The Five Star Movement is by far Italy's biggest party, followed by the PD who picked up under 19 percent of the vote, squeaking ahead of the League's 17.4.

Projections by Opinio Italia for state broadcaster Rai suggest that an alliance between the PD and the M5S should easily have enough seats for a majority.

With the vote count not yet official, the M5S is looking at between 230-240 seats in the lower house Chamber of Deputies and between 109-119 in the Senate.

In the Chamber, 316 seats are needed for a majority and in the Senate 158 seats are required.

'Back to the polls'

The M5S has to walk a fine line on any post-election deal, as any perception of cosy arrangements with other parties risks alienating its core supporters angered by traditional politics.

Di Maio commands a party on the up and knows that the PD risks handing power to the anti-EU far-right by refusing to form an alliance.

"If they don't let us do anything, we can always vote on a new electoral law with the League and go back to the polls," La Repubblica quoted him as saying on Tuesday.

But the PD is split between those opposed to working with the M5S and those who are categorically opposed.

On Tuesday outgoing party leader Matteo Renzi ruled out the prospect a deal with those who "have insulted us for years and who represent the opposite of our values".

Renzi announced his resignation as party leader on Monday but said that it would only be effective once a new government was formed, allowing him to block moves to create a majority with the M5S.