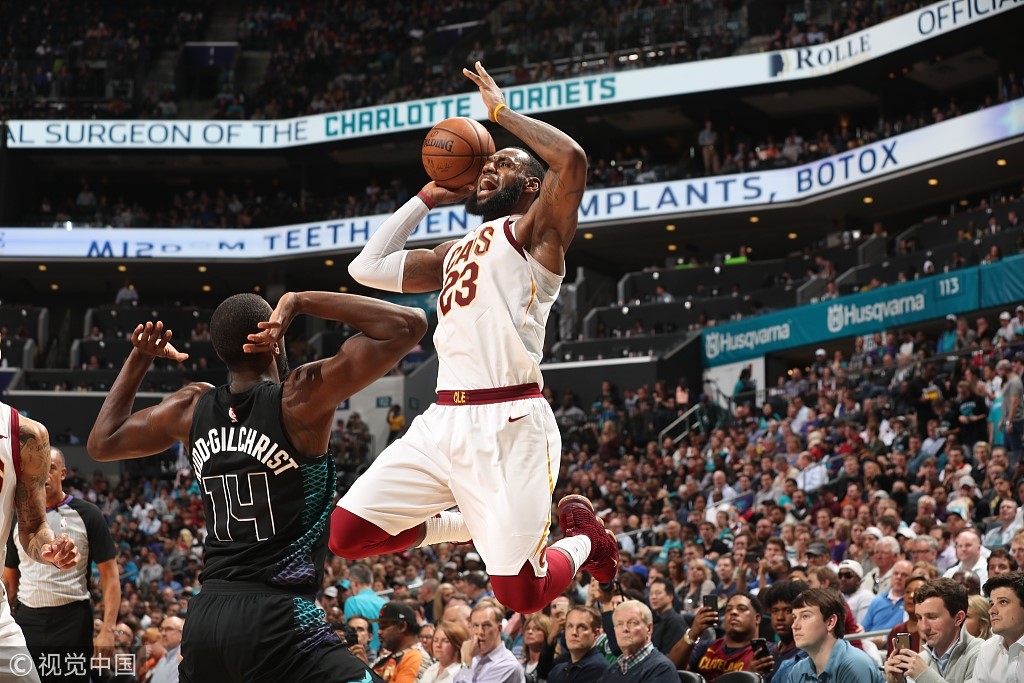 Cleveland Crusaders' LeBron James goes up for two of his 41 points in Wednesday's 118-105 romp over the Charlotte Hornets. [File Photo/VCG]

LeBron James continued his assault on the NBA record book, passing Michael Jordan for consecutive games with at least 10 points in the Cleveland Cavaliers 107-102 win over the New Orleans Pelicans on Friday.

James wasted no time getting the milestone, doing it for the 867th straight time in his 15-year illustrous career when he finished off a dunk with just under six minutes left in the first quarter.

That gave him 11 points en route to his 27 point, 11 assist and nine rebound performance at Quicken Loans Arena.

James was honoured during a stoppage in play as the crowd of 20,500 gave him a big ovation.

The last time James didn't score at least 10 points in a game was January 5, 2007 when he had eight points on three-of-13 shooting against the Milwaukee Bucks.

Jordan's streak lasted from March 1986 until December 2001. Hall of Famer Kareem Abdul-Jabbar is third on the double-digit streak list with 787 games.