Japan has detected radio signals suggesting North Korea may be preparing for another ballistic missile launch, although such signals are not unusual and satellite images did not show fresh activity, a Japanese government source said on Tuesday.

After firing missiles at a pace of about two or three a month since April, North Korean missile launches paused in September, after Pyongyang fired a rocket that passed over Japan’s northern Hokkaido island.

"This is not enough to determine (if a launch is likely soon)," the source told Reuters.

Japan's Kyodo news agency reported late on Monday that the Japanese government was on alert after catching such radio signals, suggesting a launch could come in a few days. The report also said the signals might be related to winter military training by the North Korean military.

South Korea's Yonhap news agency, citing a South Korean government source, also reported that intelligence officials of the United States, South Korea and Japan had recently detected signs of a possible missile launch and have been on higher alert. 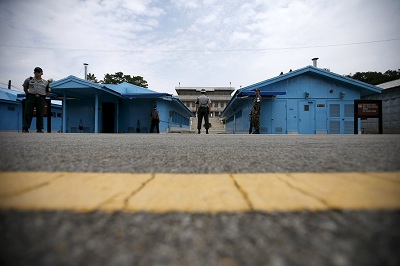 "This is a diplomatically led effort at this point, supported by military options," he said.

"The Republic of Korea and U.S. alliance remains strong and capable of countering any North Korean provocations or attacks."

Two U.S. government sources familiar with official assessments of North Korean capabilities and activities said that while they were not immediately familiar with recent intelligence suggesting that North Korea was preparing to launch a new missile test, the U.S. government would not be surprised if such a test were to take place in the very near future.