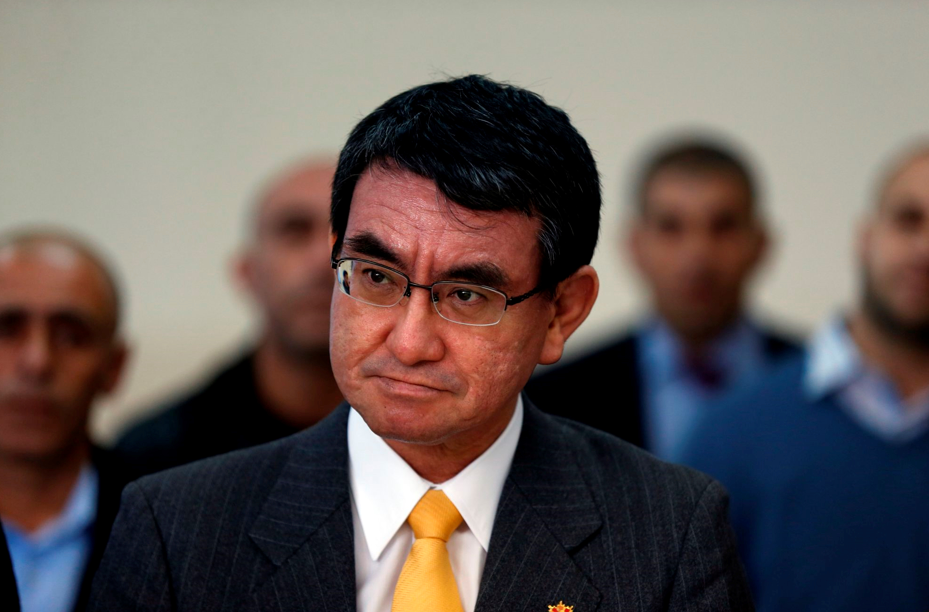 Tokyo (People's Daily) - On the eve of Japanese Foreign Minister Taro Kono’s visit to China, he was interviewed by Chinese media. Kono said the steady development of China-Japan relations is not only beneficial for both countries, but also to the international community. Last November Japanese Prime Minister Shinzo Abe held talks with President Xi Jinping and Prime Minister Li Keqiang respectively.2017 was the 45th anniversary of the normalization of China-Japan relations, the overall momentum since then has led to great improvements.And this year marks the 40th anniversary the Sino-Japanese Treaty of Peace and Friendship.Promoting cooperation and exchange in variety of areas while deepening mutual trust will remain a top priority.Kono said the two countries had entered an era for tackling global issues such as climate change and combating terrorism and looks forward to working with China’s Minister of Foreign Affairs, Wang Yi, in discovering new ways to develop relations even further. Kono stressed that Japan and China will always be neighbors, with close economic and cultural exchanges in commonand the relationship can never end. Sino-Japan relations have progressed over the course of 40 years. Trade volume between the two countries has grown 60 times over since the treaty was signed. And since then China has become the second largest economic power in the world. Both countries bear great responsibility for the peace, stability, and prosperity for the international community. “We hope the two countries can move forward from the overall situation and steadily develop friendly and cooperative relations and jointly push Sino-Japan relations to a new level,”said Kono.