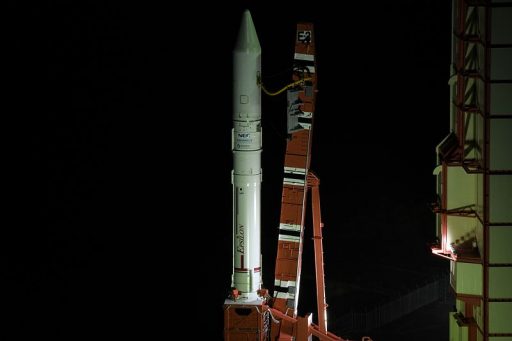 Japan's space agency successfully launched its Epsilon-3 small rocket from the Uchinoura Space Center in Kagoshima Prefecture in southern Japan on Thursday morning.
The rocket is carrying an Earth observation satellite. The satellite, ASNARO-2, has been developed by Japanese electronics firm NEC and is the first payload from the private sector to be carried by the small rocket.
According to the Japan Aerospace Exploration Agency (JAXA), following the launch at 6:06 a.m. local time, the rocket put ASNARO-2 into orbit 500 km above the Earth just before 7:00 a.m. local time.

Epsilon-3's development has seen the costs of launches halved compared to regular-sized rockets, with each launch costing around 36 million U.S. dollars, JAXA has said.
Japan's space agency hopes the cheaper launching costs and the success of the most recent mission will result in developing economies looking to Japan and the Epsilon-3 rocket for their space-related programs.