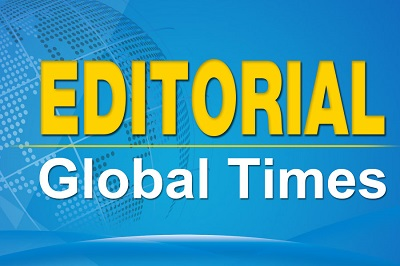 One of Japan's so-called leading newspapers ran a story on Monday. It claims that multiple US government sources revealed China and the US are planning to establish a military hotline between the Northern Theater Command in Shenyang, Liaoning Province, and US forces in Seoul, South Korea to handle the Korean Peninsula.A Global Times investigation showed the Japanese news report to be nothing more than a product of pure imagination.It is not unreasonable to think that Japan is capable of publishing and fomenting fake news with malicious intent.As everybody knows, China has always remained opposed to conflict of any kind on the Korean Peninsula. To fabricate a story about a "military hotline" between China and US military forces at such a sensitive time only complicates the situation even more. This fake story sends the wrong signal to the world as it implies China believes war on the Peninsula is inevitable and by cooperating with the US it is, therefore, preparing to engage in military conflict.  One of the real purposes of the fake news story is to distance bilateral relations between China and North Korea. China voted in favor of the recent sanctions against North Korea because of repeated violations of UN Security Council measures regarding their missile and nuclear programs. China will never agree to actions that could have negative consequences such as endangering the lives of North Korean citizens, or a regime overthrow, or any military manipulation for purposes of changing the country's political landscape. And now we have Japanese media trying to create an illusion that China will somehow become America's ally on North Korea. The ultimate goal of such an action is to get Pyongyang and Beijing to turn on one another.The fraudulent information spread by Japanese media was also an attempt to create an air of mistrust between China and South Korea, thwarting bilateral development.South Korean President Moon Jae-in's recent visit to China eased mutual misunderstanding between the two nations. In fact, they have both confirmed their common interests over a peaceful solution on North Korea. But if China and the US established a military command hotline, South Korea would think that China has gone behind their back in working directly with the US, therefore creating a foundation of mistrust.China is not the only country affected by this "military hotline" story as Japanese media has set a trap for Russia. Should the US decide to provoke war, China and Russia would be two key factors Washington would have to confront. And obviously, Russia would feel insulted by the establishment of a Sino-US "military hotline."Of course, it is too early to tell how the recent round of sanctions will impact North Korea. The Pyeongchang Winter Olympics are only six weeks away, and South Korea has asked for US forces to postpone all joint-military drills.The entire world is aware of the powder keg that has come to represent the Korean Peninsula situation. Seizing upon opportunities that help bring peace and calm to the region is at the very least humanitarian.Creating the illusion of potential warfare was a despicable act by Japanese media on Christmas Day no less.Analysts have said that Japan would benefit the most if a war breaks out on the Korean peninsula. Tokyo would stand to make a fortune, something they could use now in their time of economic woes. Plus, media provocations provide Japan with further reason to improve their wartime readiness.Compared with other Asian nations in the northeast region, Japan does not border North Korea. The country sits across the East Sea of Korea, some 650 miles away. History has shown the world how Japan benefited from the Korean War in the early 1950s. And this explains why Tokyo's version of that war is so different from how other Northeast Asian nations remember it.China and the US would have to address some big unknowns in the event of war. The two global powers would struggle to drill and test one another's patience and resolve. It's a war-time scenario that would be worse for the US than China. But Washington is running out of patience and has become more aggressive against Pyongyang. Right now the only thing Beijing has to do is keep their cards close to the vest and let Washington evaluate the potential risks.There is entirely no reason why China's Northern Theater Command would want or need to establish a hotline with US forces stationed in Seoul. Now, if the US insists on military action, then Washington better be prepared to receive necessary countermeasures from China and Russia.By the way, Tokyo might want to reconsider its new role of "pouring gasoline on the fire" when it comes to their involvement with the Korean issue. Someone should probably remind them that this is not the early 1950's. North Korea has the missile range capability to reach all areas of Japan.  And Tokyo should know better than to take on a lucky attitude by thinking if artillery fire resumed, it would not be included.