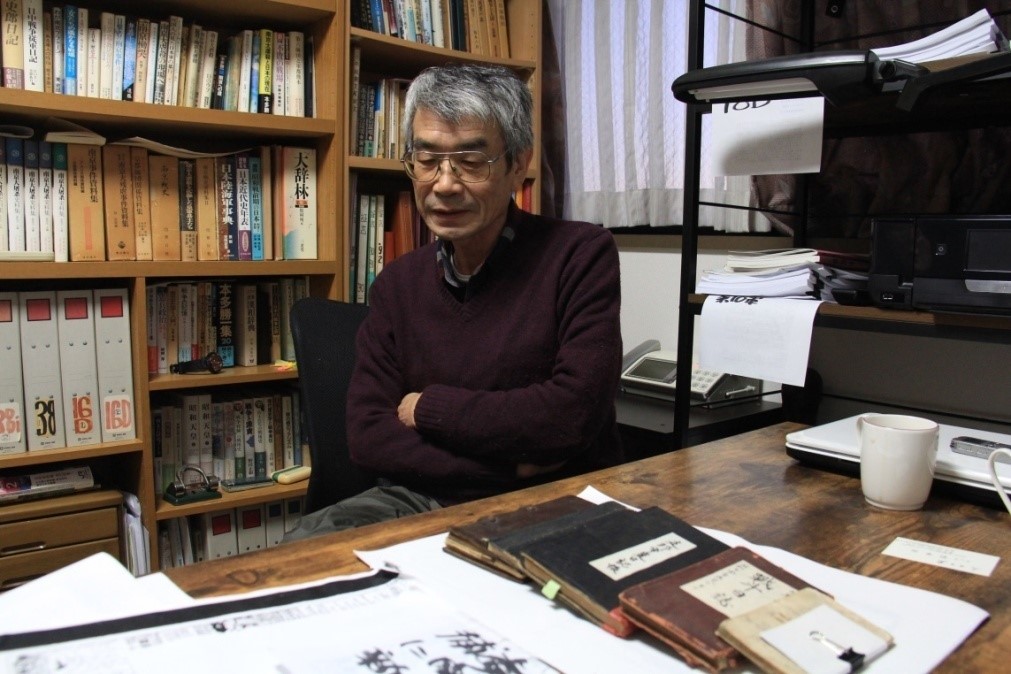 Kenji Ono introduces his research experiences. On the desk are the war diaries he collected from invading Japanese soldiers. (Photo: Liu Junguo/People's Daily)

Tokyo (People's Daily) -“Part of those captured were shot dead along the Yangtze River on the 16th.”

Those two lines are from a war diary kept by Yoshio Sugano, a former Japanese soldier who invaded China 80 years ago.

The diary was found by a Japanese man named Kenji Ono, who has spent almost 30 years searching for information about Japanese invaders who participated in the Nanjing Massacre.

The 65th Company of 13th Infantry Division of the Imperial Japanese Army, which recruited its soldiers from Fukushima prefecture, Japan, was one of the many Japanese divisions involved in the mass killing.

During the last three decades, Ono's footsteps covered almost every inch of Fukushima prefecture. Interviewing about 300 veterans and relatives of members of the 65th company, he gathered testimonies from 200 people and collected 31 war diaries.

“The irrefutable proof of the Nanjing Massacre shall not be distorted,” Ono concluded, based on his comparative studies of the information he collected from multiple sources, including the war diaries kept by Japanese soldiers, and the oral survey he conducted on the witnesses of the slaughter.

According to Ono's findings, the 65th company of 13th Infantry Division of the Imperial Japanese Army, starting from Dec. 16, 1937, had murdered 17,025 Chinese civilians along the Mufu Mountain section of the Yangtze River.

Ono's findings have triggered strong dissatisfaction among right-wing politicians in Japan after being reported by Japanese media in the early 1990s. However, his points, established on detailed historical materials, victim surveys, and multiple testimonies, were irrefutable.

Ono, together with Akira Fujiwara and Katsuichi Honda, co-authors of a book about the true stories of a Japanese military division in the mass killing in Nanjing, published it in Japan in 1996. 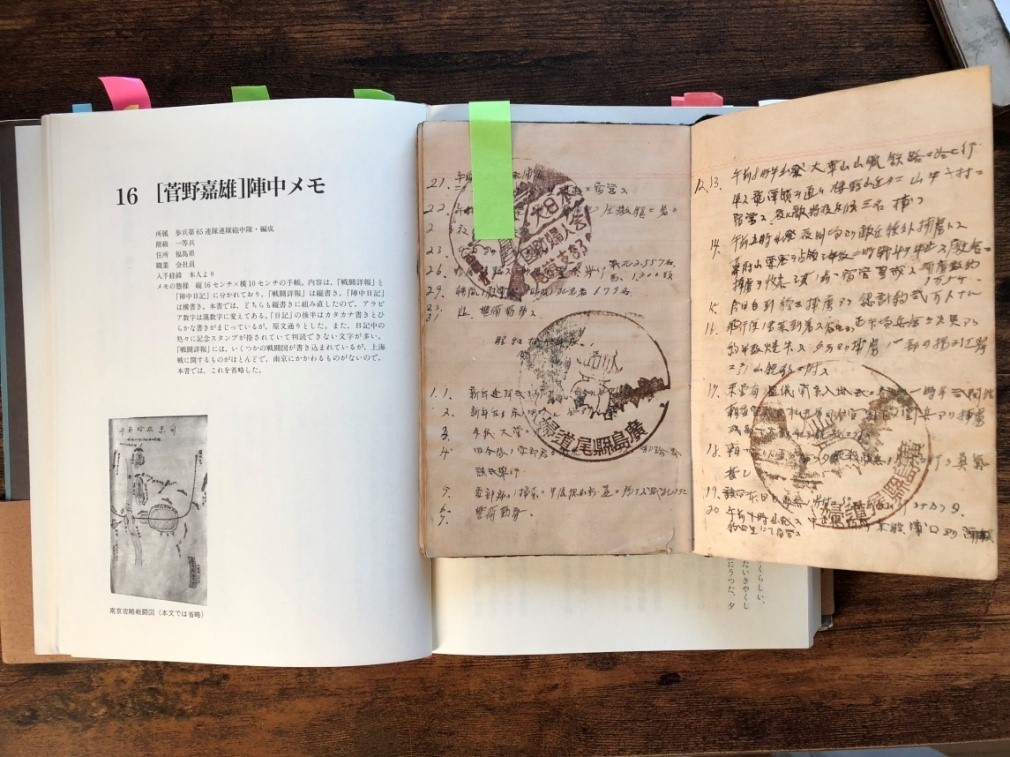 Japanese experts believe that the book has exposed the fallacies and lies which assert that the massacre began with self-defense, and even denied historical facts. They said that the book is a piece of valuable evidence that mirrors the reality of the Nanjing Massacre.

Ono noted that, as a Japanese citizen, he hopes to have a thorough investigation and reveal the truth about the Nanjing Massacre. That is what compelled him to study the event, one that is both sensitive and substantially challenged in Japan, he told People's Daily.

Speaking to a Japanese veteran named Tomio Niizuma in the 1990s, Ono said that the war criminal, in his twilight years, deeply reflected on the crimes he committed in the Nanjing Massacre.

Niizuma once told Ono that his unforgivable mistakes had earned him heavenly retribution that his eldest son died young not long after he joined the military, and the second one had also gone.

According to many Japanese scholars acquainted with Ono, Ono has a strong sense of justice. Faced with the Japanese right-wing activists who deny the existence of the Nanjing Massacre, he hopes that, through the textual data he has collected and the oral testimonies of witnesses, Japanese society could learn from history and prevent tragedies from repeating.

“Investigating the Nanjing Massacre is my life's goal,” Ono said.

It is no easy task to collect historical materials and use them to reveal the truth, but that is a trump card in the fight against the right-wing politicians who deny the existence of the mass killing, Ono explained.

Apart from the research, he has also introduced his results to the Japanese public, letting more people know about the history of the Nanjing Massacre.

Every sentence he wrote is backed up by historical materials and data from different sources. As a result, Japanese right-wing politicians are in no position to refute Ono, though they bear resentment against him.

“Unearthing historical materials of the Nanjing Massacre is a race against time,” Ono said.

On one hand, he will soon be unable to carry on his research as he gets older; on the other hand, it will be harder to spot more materials such as war diaries because of the death of Japanese veterans. According to him, it's a matter of “do it now or regret later.”