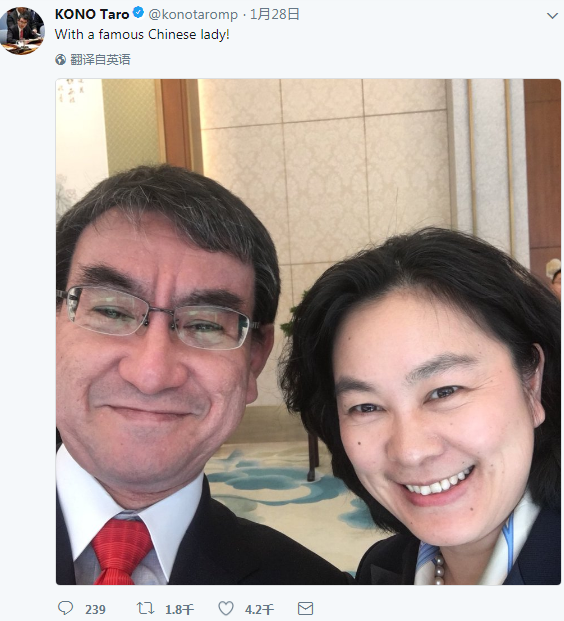 During his visit, he tweeted a picture with Hua Chunying, spokesperson of China's  Ministry of Foreign Affairs.His visit also aroused Japanese media's attention.

Japanese media, including Yomiuri Shimbun and Asahi Shimbun, two of the most influential newspapers, provided extensive coverage to his visit.

Asahi Shimbun covered him on its front and second pages with the headlines, "Japan and China have reached consensus on the importance of interaction between heads" and "A vital step to smooth bilateral relations."

Yomiuri Shimbun used three pages to report his visit. The article titled "Solid progress in interaction between China's heads and Japan's" was published on the front page. On its third page, it published two articles - "Japanese Foreign Minister Taro Kono calls for 'comprehensive restoration' of bilateral relations" as well as "A trend to further restore and strengthen Japan and China's bilateral relations." The key points during the talks between Kono and Chinese Premier Li Keqiang were released on its fourth page.

This is Taro's first visit to China since assuming office in August last year. 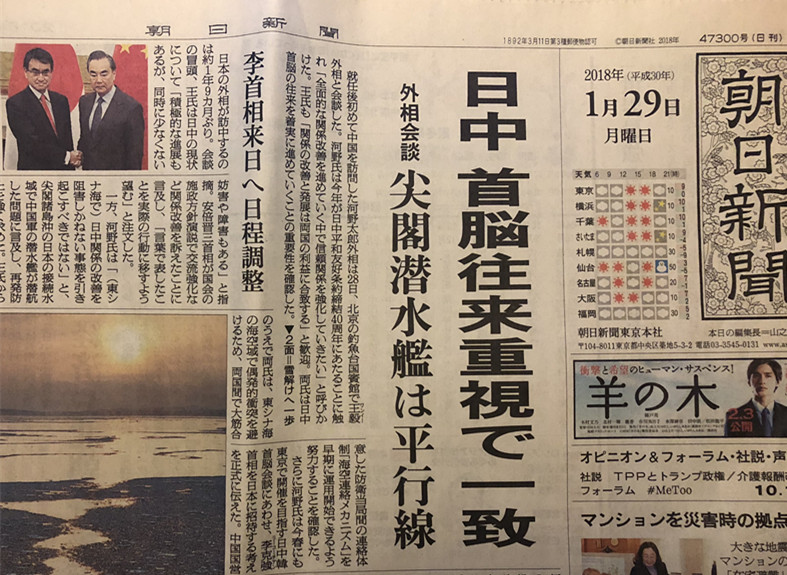