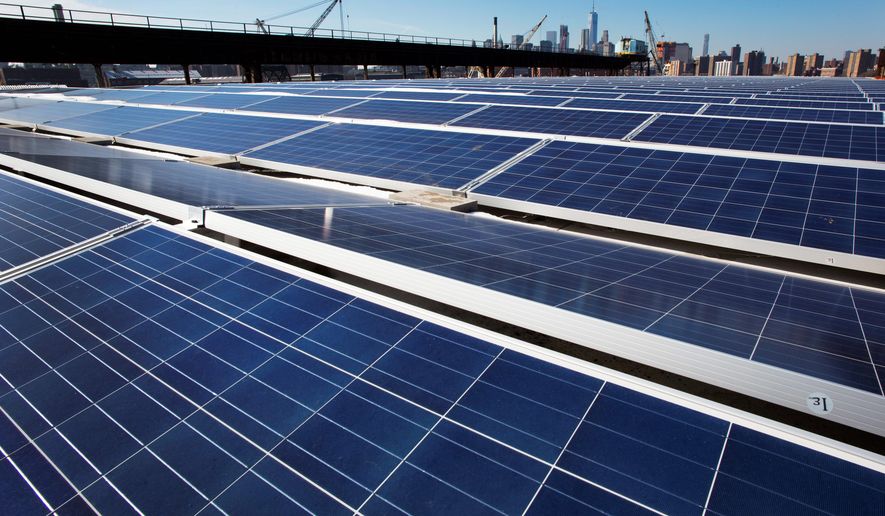 China solar company Jinko Solar is on its way to the US despite a recent tariff on China-made solar panels, photo taken January 16, 2018. Photo: AP

Washington (People's Daily) -- Jinko Solar, the world’s second-largest solar panel manufacturer, said that its board of directors had authorized the company to open a factory for “an advanced solar manufacturing facility in the US.”

The solar company did not specify the size or location of its first planned US factory, but a local newspaper in Jacksonville, Florida, reported that the Chinese solar company was most likely entering a $410 million factory-building deal with the city.

Although unofficial, Jinko has pledged to bring 400 jobs to the city by the end of the year, with the other 400 to be hired by the end of 2019.

Plant construction is slated to begin mid-summer and could be finished by the end of next year.

The company also did not explain a reason for the investment but said it would continue to “closely monitor treatment of imports of solar cells and modules under the US trade laws.”

The decision comes after US President Donald Trump said he would raise tariffs on solar panel imports from China.

The US tariff hike on solar power equipment, which could be as high as 30 percent has been seen as a hit against Chinese companies.

Made-in-China solar products accounted for 21 percent of the products used in the US in 2016, even after years of American anti-dumping and anti-subsidy investigations into Chinese companies.

Jinko Solar employs over 15,000 people across eight manufacturing sites in China, Malaysia, Portugal, and South Africa, as well as through 16 overseas subsidiaries and 18 sales offices.