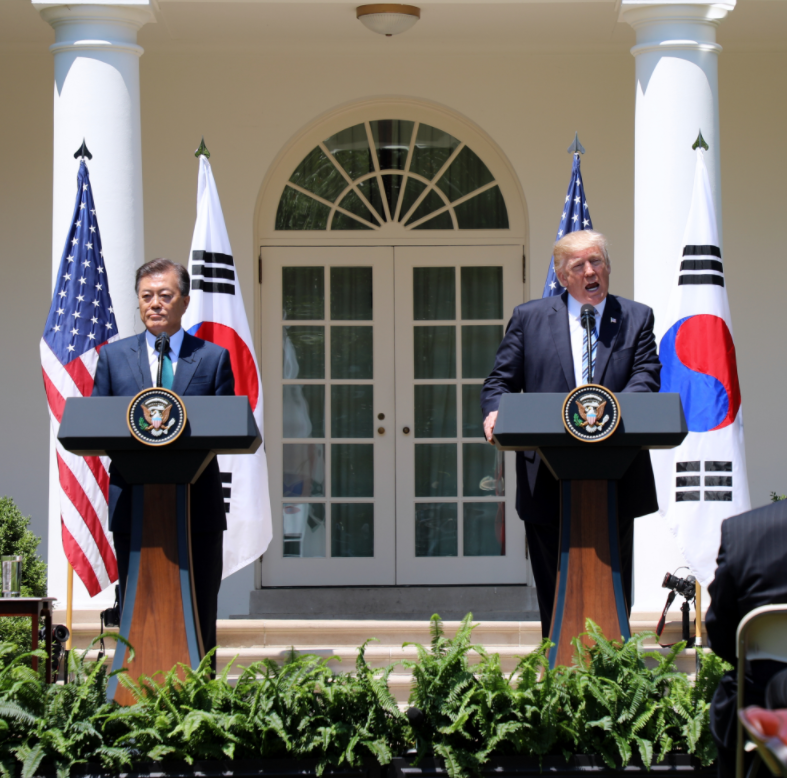 According to an announcement from the White House. The two leaders agreed to continue the campaign of maximum pressure against North Korea and “to not repeat mistakes of the past.”

The announcement claims that Trump and Moon agreed to de-conflict the Olympics and delayed the military exercises because of the security of the Games.

Trump told Moon the US will send a high-level delegation to the Olympics.

The announcement follows a diplomatic breakthrough that re-established communications between North and South Korea.

“With all of the failed ‘experts’ weighing in, does anybody really believe that talks and dialogue would be going on between North and South Korea right now if I wasn’t firm, strong and willing to commit our total ‘might’ against the North. Fools, but talks are a good thing!” said Trump.

Asked about the suspension, US Defense Secretary Jim Mattis said the military exercises will begin after the Paralympics conclude in mid-March.

US military maintains the exercises are critical for South Korean defense.

The Winter Olympics start next February 9 to 25, and the Paralympics are set for March 8 to 18.