Jordan’s prime minister refused to scrap an IMF-backed tax reform bill on Saturday that has sparked the largest protests in over five years against steep price hikes, saying it was up to parliament to decide its fate. 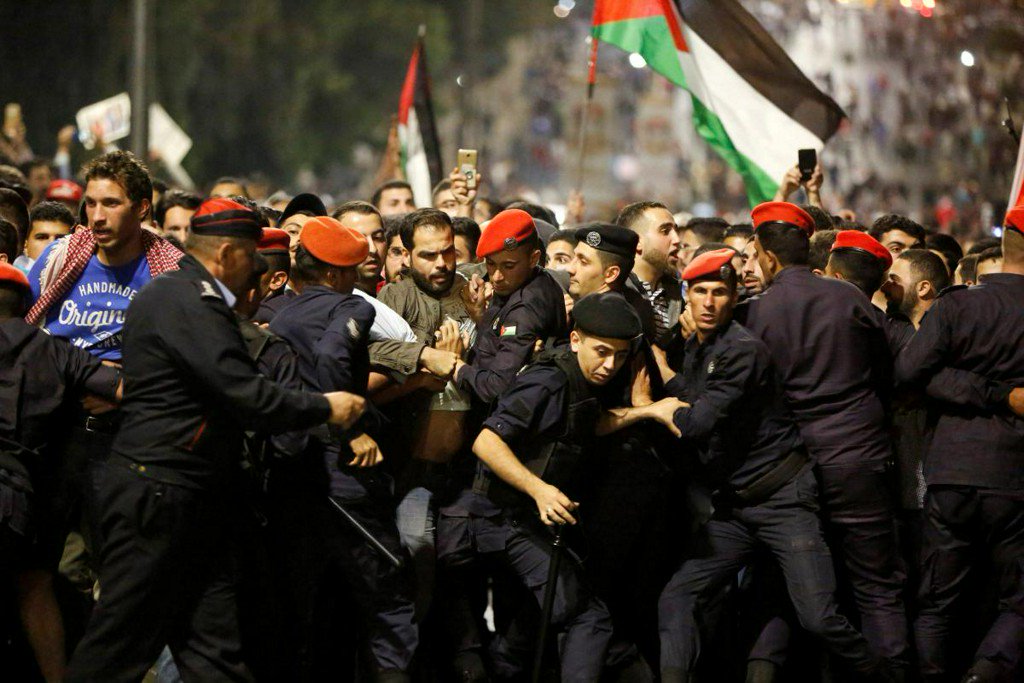 Activists said hundreds of people also protested peacefully in other towns, such as Ramtha in north and Maan city in the south.

“Sending the draft law does not mean parliament will agree to it or even agree on its articles. Parliament is its own master,” Mulki told reporters after meeting trade union leaders and lawmakers.

Unions say the tax bill, which is part of broader austerity measures recommended by the International Monetary Fund, will worsen a decline in living standards.

Demonstrators clash with riot police during a protest in Amman, Jordan, June 2, 2018.

Earlier this year, a general sales tax was hiked and a subsidy on bread was scrapped as part of the three-year plan that aims to cut the Arab nation’s $37 billion debt — equivalent to 95 percent of gross domestic product.

The government says it needs the funds for public services and argues that tax reforms reduce social disparities by placing a heavier burden on high earners and leaving lower-paid state workers relatively unscathed.

Mulki said the IMF had completed its latest mission to the country on Thursday and hoped the kingdom would conclude by mid-2019 most of the reforms needed to get the economy “back on track”.

King Abdullah, appeared to back Mulki, was quoted by state media as saying both parliament and government should engage in a “national” dialogue to reach a compromise over the bill.

The monarch blamed regional turmoil for the worsening the fiscal plight of the aid-dependant kingdom, which borders war-torn Syria to the north and Iraq on its eastern border.

Critics say the measures will hurt the poor and accuse politicians of squandering public funds and corruption.

Parliament speaker Atef Tarawneh said more than 80 deputies, a majority of the 130-member assembly, wanted the government to withdraw the tax bill. 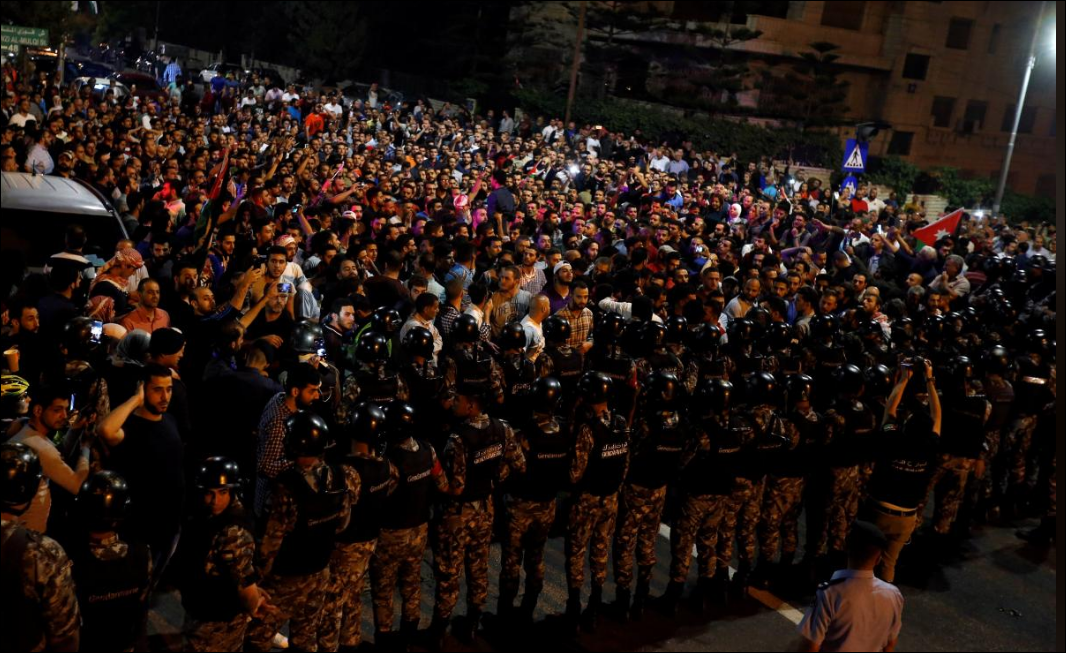 Demonstrators stand face to face with riot police during a protest in front of the Prime Minister's office in Amman, Jordan June 1, 2018.

“We won’t submit to the dictates of the IMF,” Tarawneh said after meeting Mulki, local media reported.

Unions representing state and private sector employees said the government had caved in to IMF demands and was widening the gap between rich and poor in the nation of 8 million people that hosts hundreds of thousands of refugees from Syria’s conflict.

The Professional Unions Association, which had threatened new strikes before meeting with Mulki on Saturday, said it would meet to decide on the next steps.

“We came with a request to withdraw the law and we heard something else,” Ali al Abous, the head of the association said.

Jordan’s economy has struggled to grow under chronic deficits as private foreign capital and aid flows have slipped.