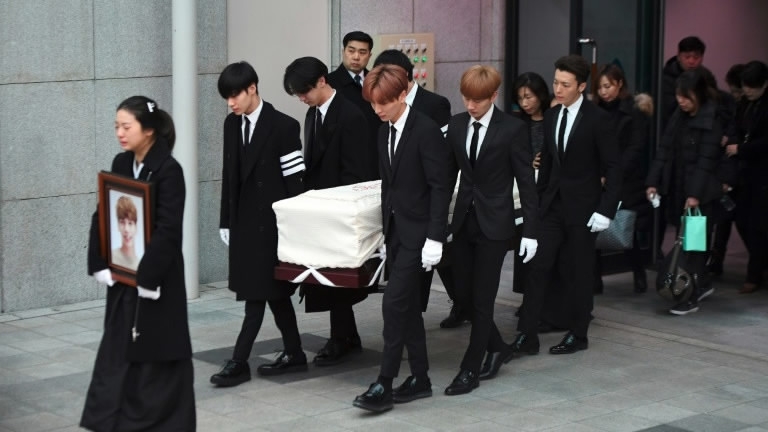 Six of K-pop's biggest stars carried the coffin of fellow singer Kim Jong-hyun to a hearse Thursday, after he died leaving behind a suicide note that spoke of his battle with loneliness and depression.

Kim's body was taken to his funeral from the Asan Medical Center in Seoul where it had been lying at rest.

The procession was led by one of Kim's bandmates from SHINee – one of the country's top boy bands – dressed in black bearing a plaque topped by a crucifix and reading "Kim Jong-hyun, believer". 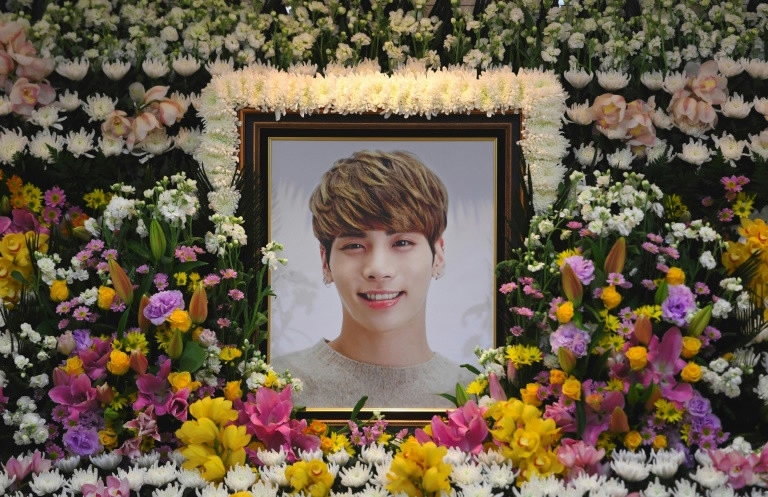 His sister followed, tears coursing down her cheeks as she carried a picture of Kim in a dark wooden frame, smiling at the camera with his hair dyed a light brown.

The coffin was carried by the three other surviving SHINee band members and three from Super Junior, another boyband managed by the same agency.

The celebrities bowed their heads and prayed while waiting for the hearse, a black Lincoln limousine, to leave the building, as people at the back sang Christian hymns.

Despite harsh winter weather, weeping fans in jackets, hats, scarves and masks waited outside for the vehicle to leave.

They cried even harder as the hearse passed them by.

Kim, 27, was found in a hotel room in Seoul on Monday in what police said was suicide.

A coal briquette was burning on a frying pan – a common method of self-killing in South Korea, an ultra-competitive society with one of the world's highest suicide rates. 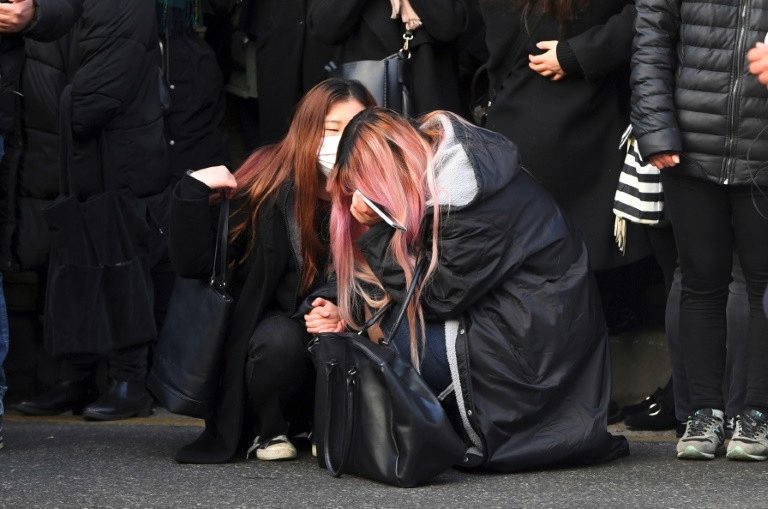 Kim's close friend, musician Nain9, released his suicide note on her Instagram account, saying he had asked her to publish the message in the event of his death.

"I am broken from inside. The depression that gnawed on me slowly has finally engulfed me entirely," it said.

Five-member SHINee debuted in 2008 and went on to lead the "Korean Wave" that saw South Korean pop culture develop a fan base across Asia and beyond.

Known for peppy songs and carefully-choreographed dance numbers performed with military precision, they have released five albums that swept charts at home and abroad, with some reaching Number 1 on the US Billboard World Albums chart.