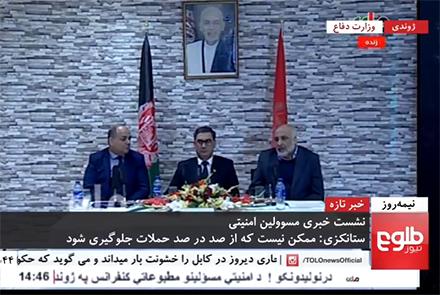 Islamabad (People's Daily) - The death toll in Saturday’s deadly bombing in Kabul has risen to 103.

Taliban militants have claimed responsibility for the attack.

The attack is believd to be the most serious in Kabul this year.

Wahid Majroh, a spokesman for Afghanistan’s ministry of public health, said that an explosive-laden ambulance was detonated in a busy area by attackers, causing serious casualties.

“There had been two ambulances involved. The first vehicle was stopped by police but both vehicles managed to get through the checkpoint. One  of them was only an escort and then left. The second ambulance was detonated,” Barmak said at a joint press conference with Defense Minister Tariq Shah Bahrami and National Directorate of Security (NDS) chief Masoom Stanekzai.

He said they could not disclose all of the information as it could jeopardize investigations.

Barmak said more reforms will be introduced in security plans for Kabul in the next few weeks.

Bahrami called on Afghans to stand united until the enemy has been defeated.