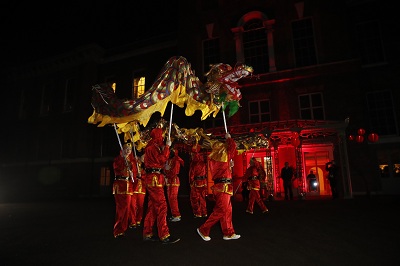 The Dragon Dance outside Kensington Palace (Photos: Courtesy of organizers)

It comes ahead of Prime Minister Theresa May’s visit to China and the upcoming Chinese New Year.

Kensington Palace was decorated with Chinese lanterns and folding screens for the celebration. 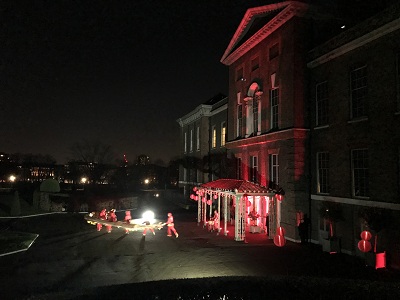 The Dragon Dance outside Kensington Palace

Caroline Rush, CEO of the British Fashion Council, said she was very excited to be hosting a Chinese New Year celebrating event for the first time.

“Kensington Palace China Night” is one of many events in London to celebrate Chinese New Year.

Concerts, exhibitions and other celebrations will take place over the following two weeks. 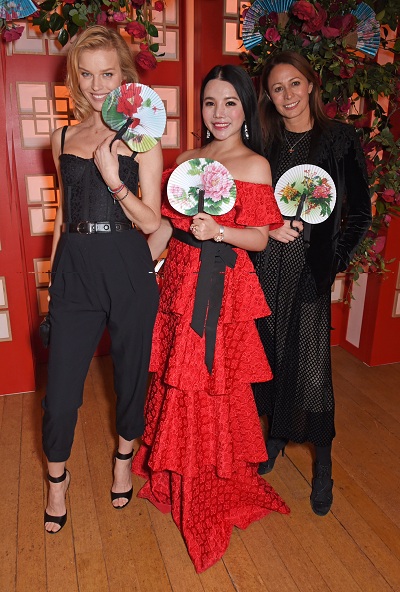 Wendy Yu and guests pose for a photo with Chinese fans.