HEADLINE Kenya's opposition swears in own president amid jubilation of supporters

Kenya's opposition swears in own president amid jubilation of supporters 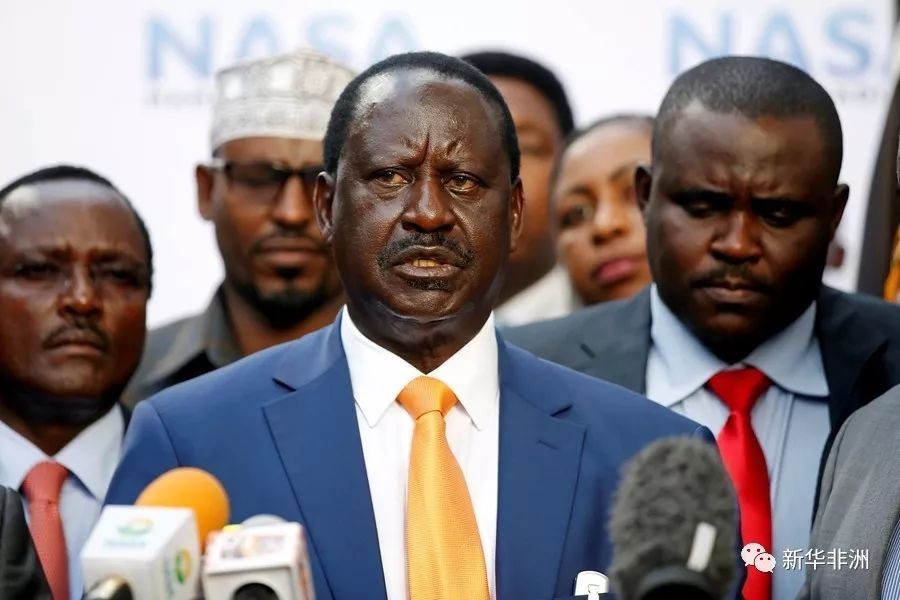 Kenya's main opposition party, National Super Alliance (NASA), on Tuesday "swore in" its leader Raila Odinga as "People's President" amid jubilation from thousands of supporters who witnessed the ceremony at a public park in the capital of Nairobi.

Odinga took the oath of office as people's president at a ceremony presided over by opposition lawyers, assuring his supporters that the struggle for greater democratic space, liberty and freedom had just began.

"Today we have just begun the journey of liberating this country from shackles of bad governance, inequality and exclusion. This oath signifies our resolve to achieve electoral justice in the country," Odinga remarked while holding a green Bible to his right arm and sandwiched by opposition lawmakers as excited supporters waved the national flag.

Thousands of his supporters thronged the historic Uhuru Park grounds to witness the "swearing-in." Odinga's running mate Kalonzo Musyoka was not at the event but Odinga said he would take the oath later.

"Kalonzo is still with us, he will be sworn in later due to reasons that you will be informed on a later day," he said.

Odinga became the first opposition leader to be sworn in as parallel president in post-independence Kenya in a ceremony that was skipped by his three co-principals in the opposition alliance.

The 73-year-old veteran of Kenya's opposition politics fulfilled a vow he had made earlier to be sworn in as people's president, alleging that a fraudulent electoral system had denied him a chance to occupy the highest office in the land.

Speaking earlier to a local media house on phone, Odinga dismissed claims that Tuesday's ceremony is an attempted coup, saying that the opposition will demonstrate to Kenya and the world that the oathing process is legal.

"We don't recognize the Oct. 26 election because 80 percent of Kenyans did not participate in the process. The will of the people is unstoppable and today is the first step to Canaan. No doubt that our journey to Canaan is real and unstoppable," Odinga said ahead of his "swearing in."

He stressed that NASA was only pushing for electoral justice, judicial independence, ethnic inclusivity, strengthening devolution and instituting police reforms.

"Today is a very historical day for the nation of Kenya, I would say the most important day since the independence of this country," he said and accused the government of switching off television stations which were transmitting the event live.

"It's very unfortunate what has happened today, and it confirms that we have descended to the levels of Uganda. We did not expect that this will come to our country and it must stand condemned," Odinga said.