HEADLINE Key moments in year one of the Trump presidency

Key moments in year one of the Trump presidency 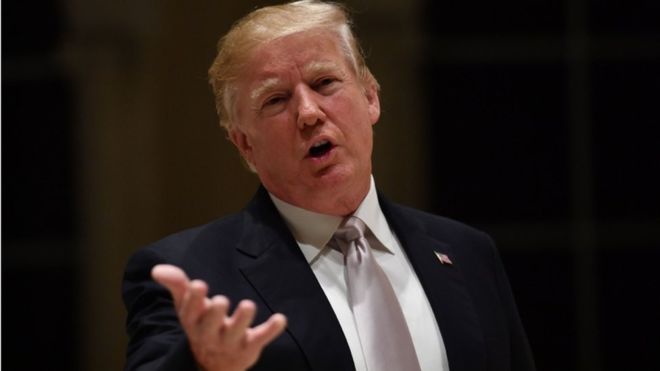 File photo of Donald Trump, the US President

Here is a look at several key moments in the first year of Donald Trump's turbulent presidency:

Out of the blue, one week after taking office, Trump decreed a 90-day ban on arrivals of people from seven Muslim majority countries and a 120-day ban on all refugee arrivals.

Chaos broke out at US airports, with travelers detained upon arrival, and Americans nationwide staged protests against a measure seen as discriminating against Muslims -- though Trump said it aimed to keep out extremists.

Trump's move kicked off a legal saga that has dragged on through the first year of his presidency -- and is not yet over.

The initial ban was quickly blocked in court, as was a modified version removing Iraq from the countries targeted, and a third iteration adding citizens of North Korea and some Venezuelan officials.

Last month, the Supreme Court authorized enforcement of the ban's third version as the legal challenges against it make their way through the courts.

In one of the most momentous moves of his young presidency, Trump abruptly fired FBI director James Comey on May 9, sacking the man leading a probe into whether his election campaign colluded with Russia in an effort to defeat Hillary Clinton.

Trump later acknowledged he had the Russia probe in mind when he sacked Comey.

In the end, Trump's move backfired. The sacking led to the appointment of a more powerful, independent counsel, Robert Mueller, to head the Russia investigation -- which Trump dismisses as "fake news."

The former FBI director may also be looking at whether Trump and his inner circle sought to obstruct justice.

On June 1, 2017, Trump announced America was pulling out of the Paris climate deal, reversing its commitment to fight global warming in spite of appeals from environmental groups, foreign leaders, industry and even his own daughter Ivanka.

Trump painted the accord as a "bad deal" for the US economy, declaring he "was elected to represent the citizens of Pittsburgh, not Paris."

This month, he said the United States could "conceivably" return to the deal under more favorable terms, renewing questions about whether he is bluffing -- and simply wants easier emissions targets.

In his maiden speech to the UN General Assembly last September, Trump fired the opening salvo in what would be months of brinkmanship with North Korea's leader Kim Jong-Un -- a.k.a. "Rocket Man" -- vowing to destroy the nuclear-armed country if it threatened America.

As 2017 came to a close, the North Korean nuclear threat had soared dramatically -- with Kim boasting that his missile arsenal can hit any city on the US mainland, and Trump faced criticism for stirring tensions.

The new year opened to signs of a potential cooling, as Pyongyang reached a landmark agreement to send athletes to the Winter Olympics in the South -- with the White House arguing Trump's tough rhetoric, coupled with intense diplomatic pressure, had helped bring the Koreas together.

But many analysts fear Trump's erratic outbursts -- he recently boasted he has a "much bigger" nuclear button than Kim -- dangerously raise the risk of a miscalculation that could lead to disaster.

On December 22, Trump signed into law the most sweeping rewrite of the US tax code in decades, sealing his biggest legislative victory to date -- after the stinging failure to repeal his predecessor's health care law, Obamacare.

Delivering on a core electoral pledge, Trump billed the $1.5 trillion of tax cuts as a "Christmas gift" for the American people.

Opposition Democrats branded it a giveaway to the wealthiest that risks blowing a hole in the national debt.

But Trump and his Republicans are confident the overhaul will play to the party's advantage in this year's crucial mid-term elections. 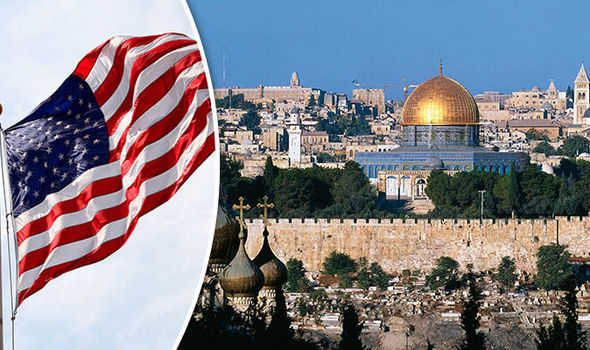 Trump came to office boasting he could achieve the "ultimate deal" for Middle East peace, something that has eluded US presidents for decades.

On December 6, he threw those efforts into jeopardy by recognizing Jerusalem as Israel's capital, a decision that overturned decades of US policy.

The status of Jerusalem is deeply contentious: Israel claims the whole of the disputed city as its capital, while Palestinians see east Jerusalem as the capital of their future state.

Trump's move triggered a spasm of protests, with Palestinian president Mahmud Abbas warning he would "no longer accept" any peace plan proposed by the United States.

Since Trump took office, traditional Republicans had competed for the president's ear with the anti-Washington populists who carried him to power -- Steve Bannon chief among them.

In the opening days of 2018, the establishment regained the upper hand.

For months, the president let the firebrand Bannon, who was his top strategist, conduct open war against the Washington "swamp" of party leaders and lawmakers they saw as undermining Trump's revolution.

After Bannon exited the White House in August, he continued to push Trump's agenda from the helm of provocative right-wing website Breitbart News.

But when Bannon was quoted making unflattering remarks about the president in an explosive West Wing expose, Trump split with his ally, branding him "Sloppy Steve" and declaring he had "lost his mind."

Banished by the president and rejected by his financial backers, Bannon stepped down from Breitbart, further isolating a man once dubbed "the most dangerous political operative in America." 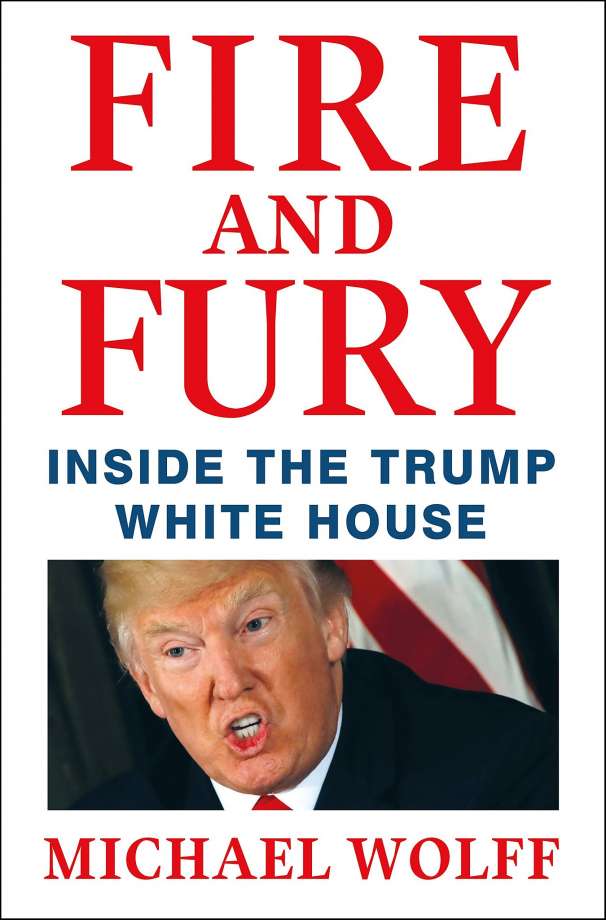 The cover of the book 'Fire and Fury: Inside the Trump White House', written by Steve Bannon (File photo)

The book that precipitated Bannon's demise -- tantalizingly titled "Fire and Fury: Inside the Trump White House" -- threw the White House on the back foot with its bombshell portrayal of a disengaged, ill-informed and temperamentally unstable president.

Stung by its publication, Trump took to Twitter to describe himself as "a very stable genius" and "like, really smart."

That did little to quell a swirling debate about the president's fitness for office, with media outlets emboldened to muse about his tweetstorms, body language and tendency to repeat himself.

And while the White House assailed the media, it failed to put a lid on the free-for-all of speculation that has cast a pall over the start of his second year.