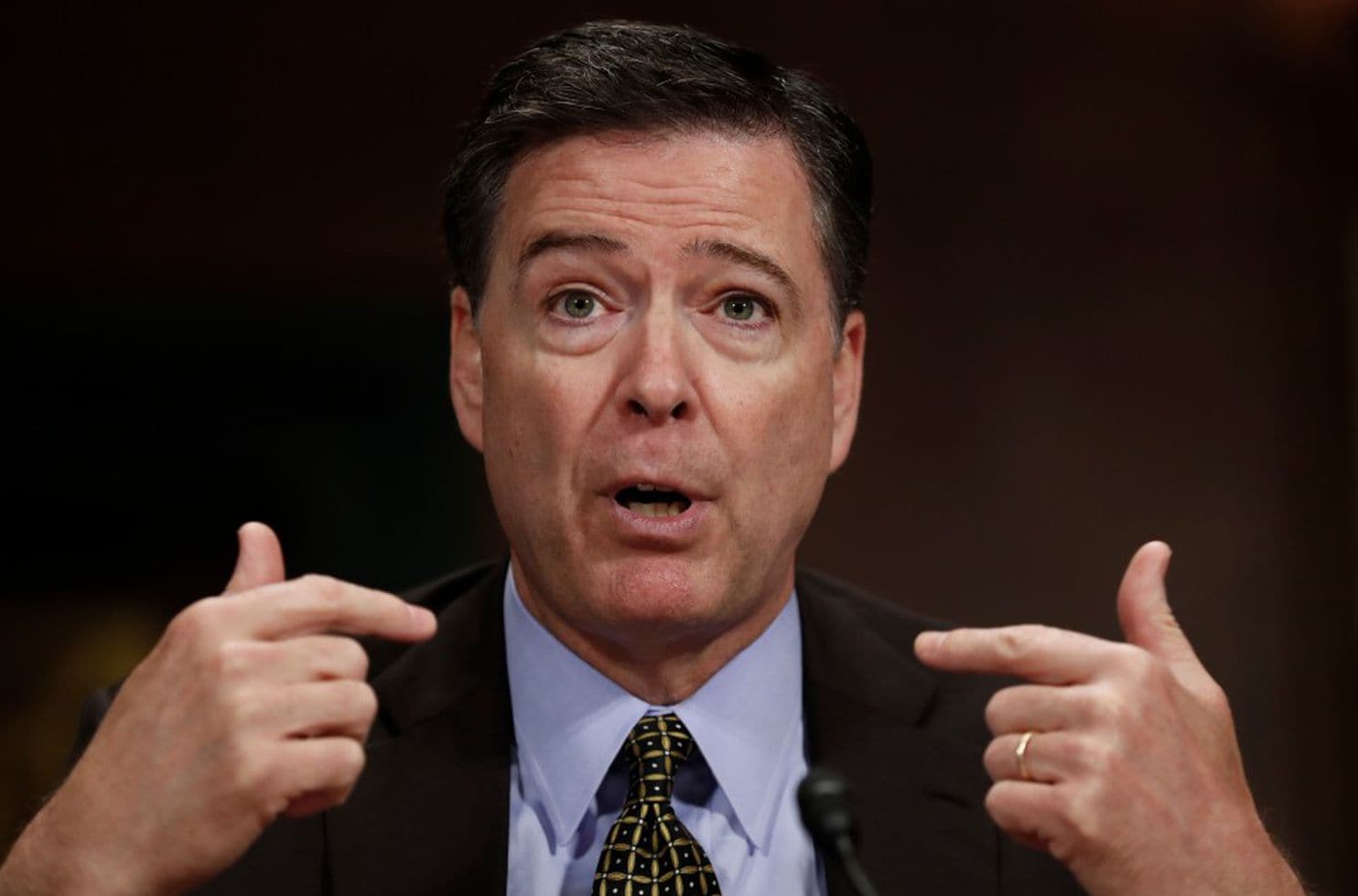 Here are some key quotes from his conversation with anchor George Stephanopoulos, a full transcript of which was published by the network.

"Values matter. This president does not reflect the values of this country," he said of Donald Trump.

"A person who sees moral equivalence in Charlottesville, who talks about and treats women like they're pieces of meat, who lies constantly about matters big and small and insists the American people believe it, that person's not fit to be president of the United States, on moral grounds."

"The challenge of this president is that he will stain everyone around him."

"He had impressively coiffed hair … it looks to be all his."

"His tie was too long, as it always is. He looked slightly orange up close with small white half moons under his eyes, which I assume are from tanning googles."

"My sense of (Attorney General Jeff Sessions)... was that he was over matched for the job... and that he was going to struggle in it."

"I knew this was a no-win situation, this case."

"If there were people who were secretly trying to protect Hillary Clinton, we didn't know about it. The FBI drove this investigation and we did it in a competent and independent way. I would bet my life on that."

Asked if the decision to reveal that the FBI was revisiting its investigation into Hillary Clinton's use of a private email server was driven in part by the assumption that she would win the 2016 election, Comey said: "I don't remember spelling it out, but it had to have been."

"These are more words I never thought I'd utter about a president of the United States, but it's possible (the Russians have something on Trump)."

Asked if Trump obstructed justice by directing Comey to drop the investigation into former national security advisor Michael Flynn, he said: "Possibly. I mean, it's certainly some evidence of obstruction of justice. It would depend... upon other things that reflected on his intent."

"I'm not going to talk about my contact with the special counsel (Robert Mueller)," who is investigating Russian interference in the 2016 presidential election.

"He's not on anybody's side. He does not care about anything except the truth."

"(Firing Mueller) would, I hope, set off alarm bells that this is his most serious attack yet on the rule of law."

"I think impeaching and removing Donald Trump from office would let the American people off the hook and have something happen indirectly that I believe they're duty bound to do directly."

Comey addressed a meeting in which he briefed Trump on allegations that Russia had videotaped the future president having prostitutes urinate on each other in a Moscow hotel room:

"He... says he may want me to investigate it to prove that it didn't happen. And then he says something that distracted me."

"'If there's even a one percent chance my wife thinks that's true, that's terrible.'"