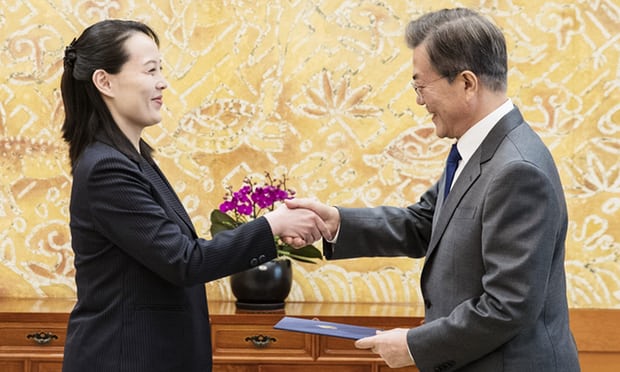 Kim Yo-jong hands over a letter from her brother to South Korea's president, Moon Jae-in, at the presidential Blue House in Seoul. (Photo: AFP)

The invitation was delivered verbally on Saturday by Kim’s younger sister Kim Yo-jong, who is visiting South Korea along with a high-level delegation to the PyeongChang Winter Olympic Games.

Moon’s spokesman says the president replied that two sides could make the meeting happen by creating necessary conditions in the future.  Moon also urged North Korea to resume dialogue with the United States.

Kim Yo-jong came to South Korea as a special envoy of Kim Jong-un, the spokesman told media at a press briefing.