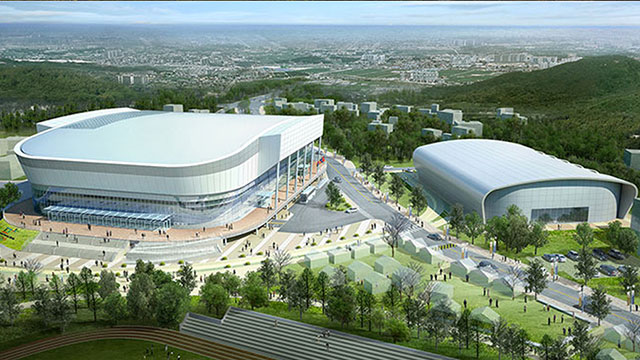 The two Koreas on Wednesday agreed to form a united women's hockey team for next month's Winter Olympics in the South, the latest in a flurry of cross-border talks.

Following a working-level meeting held at the truce village of Panmunjom, the two sides also announced that their athletes would make a joint entrance carrying a pro-unification flag, according to Yonhap news agency.

A North Korean delegation will visit the South next week to review the facilities at the Games venue, Yonhap reported.

South Korea also agreed to send its athletes to the North's Masikryong ski resort for training ahead of the Pyeongchang Olympics that run through February 5 to 25.

North Korea's Olympic delegation, athletes, cheering squad, taekwondo delegation and reporters will travel by land through Kaesong, which lies on the main road from Pyongyang to Seoul.

Pyongyang agreed last week to send athletes, high-level officials, performers and others to the Pyeongchang Games, taking place just 80 kilometers south of the Demilitarized Zone (DMZ) that divides the peninsula.

Seoul has long sought to proclaim the event a "peace Olympics" in the face of tensions over the North's weapons programs – which have seen it subjected to multiple UN Security Council sanctions – and the discussions represent a marked improvement.

Three officials from each side took part and the results will be discussed by both Koreas with the International Olympic Committee (IOC) in Lausanne, Switzerland, on Saturday.

The IOC must approve extra Olympic slots for the North's athletes after they failed to qualify or missed deadlines to register.