HEADLINE Koreas agree to march together at opening ceremony of Olympics

Koreas agree to march together at opening ceremony of Olympics 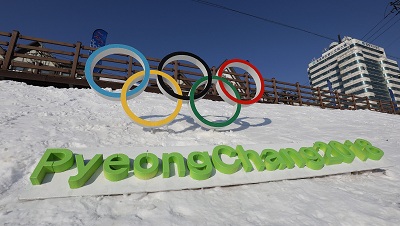 South Korea and the Democratic People's Republic of Korea (DPRK) on Wednesday agreed to let athletes march together at the opening ceremony of the 2018 Winter Olympics under a unified Korea flag, Seoul's unification ministry said.

The two Koreas also agreed to field a joint women's ice hockey team, while holding a joint cultural event at Mount Kumgang, a scenic resort in the DPRK's eastern region, before the opening ceremony.

Skiing players from the two Koreas would conduct a joint training at the DPRK's Masik Pass ski resort to participate in the 2018 Winter Olympic and Paralympic Games slated to run from February to March in South Korea's eastern county of PyeongChang.

The agreements were reached after South Korea and the DPRK held a vice ministerial-level dialogue at Peace House, a building controlled by South Korea in the truce village of Panmunjom.

The delegations adopted an 11-point joint statement after the working-level dialogue, which followed the ministerial-level talks held in Panmunjom about a week earlier.

The inter-Korean relations showed signs of a thaw as top DPRK leader Kim Jong-un said in his New Year's address that his country was willing to participate in the South Korea-hosted winter sports event.

The following day, South Korea proposed holding the first high-level talks with the DPRK in about two years, which were held on January 9.

It was followed by the agreement between South Korean President Moon Jae-in and U.S. President Donald Trump that the two allies would not carry out any joint military exercise during the Winter Olympic period. 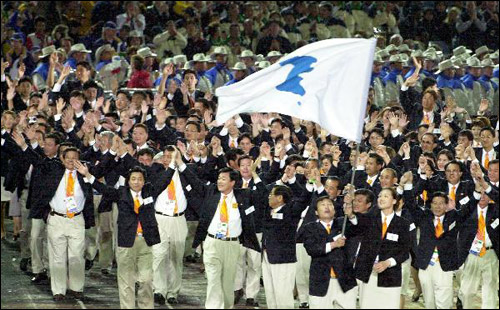 The Koreas share a Korea Peninsula flag at the opening ceremony at the Sydney 2000 Olympic Summer Games.