HEADLINE Koreas to hold high-level talks ahead of summit

Koreas to hold high-level talks ahead of summit 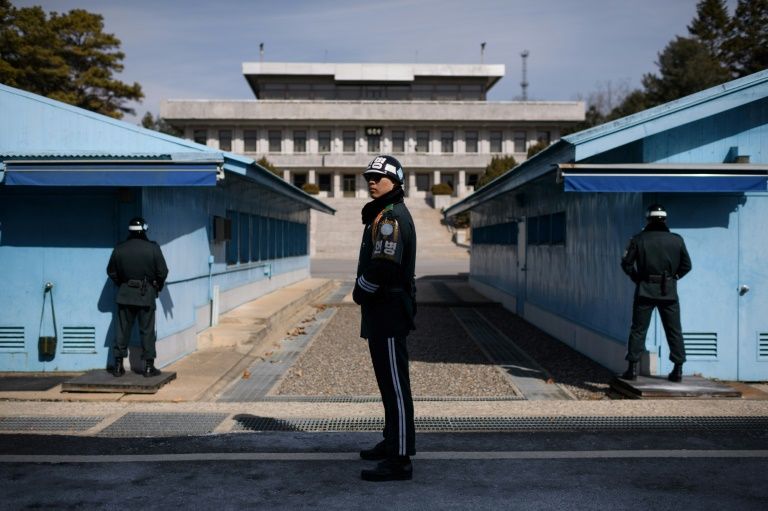 A top South Korean official set off Thursday for a high-level meeting with the North's officials in the Demilitarized Zone to prepare for an inter-Korean summit, days after Kim Jong-un made his international debut with a surprise trip to China.

Kim is due to meet South Korean President Moon Jae-in next month, followed by landmark talks with US President Donald Trump which could come as early as May.

Cho Myoung-gyun, Seoul's unification minister and the leader of its delegation to Thursday's meeting, said that setting a date for the third-ever summit between the two Koreas was a key agenda item.

"We will have good discussions with the North to successfully hold the inter-Korea summit in April," Cho told reporters.

The rapid rapprochement on the peninsula was kicked off by the Winter Olympics in the South and comes after a year of heightened tensions over the North's nuclear and missile programs, which saw Kim and Trump engage in a fiery war of words.

Events have since moved rapidly, with a flurry of official visits between the two Koreas before Kim went to Beijing this week to meet Chinese President Xi Jinping for the first time.

Three-member delegations from the two Koreas were to meet at the Unification Pavilion building on the northern side of the border truce of village of Panmunjom to discuss the agenda for next month's summit.

Pyongyang's delegation is led by Cho's counterpart Ri Son-gwon, who is chairman of the North's Committee for the Peaceful Reunification of the Country.

Also on Thursday, China's State Councilor Yang Jiechi, the country's top diplomat, was due in Seoul to brief Moon on Kim's secretive visit to Beijing.

It was the North Korean leader's first overseas trip since becoming the state leader after the death of his father Kim Jong-il in 2011.

Kim pledged that he was "committed to denuclearization" on the Korean Peninsula, according to Xinhua News Agency – but added that it was dependent on South Korea and the US taking what he called "progressive and synchronous measures for the realization of peace".

Top: Delegations from the two Koreas are expected to meet at the Unification Pavilion building on the northern side of the border truce of village of Panmunjom on Thursday. (Photo: AFP)