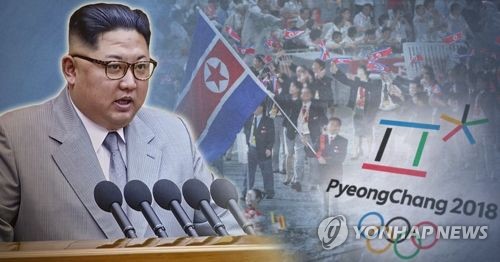 Seoul (People’s Daily) – North Korea on Friday said it  has accepted the South's proposal for talks on Jan. 9, according to the Korean Unification Ministry.

The two Koreas agreed to hold high-level talks to discuss ways to repair bilateral ties, including the North's potential participation in the Winter Olympics.

Baik added that the two Koreans will exchange documents on issues of mutual concern.

The moves come as Seoul proposed high-level talks with Pyongyang to discuss the North’s possible participation in the Winter Olympics in the wake of the North Korean leader’s New Year's Day address, in which Kim Jong-un said the country is willing to send a delegation to the Winter Olympics in South Korea and is ready to have inter-Korean talks on the matter.

South Korea on Wednesday contacted North Korea through the cross-border hotline for the first time since the inter-Korean communication channel was cut in February 2016. Earlier that day, the North said it would reopen the dialogue line at Panmunjom to begin discussions on sending a North Korean delegation to the Winter Olympics.