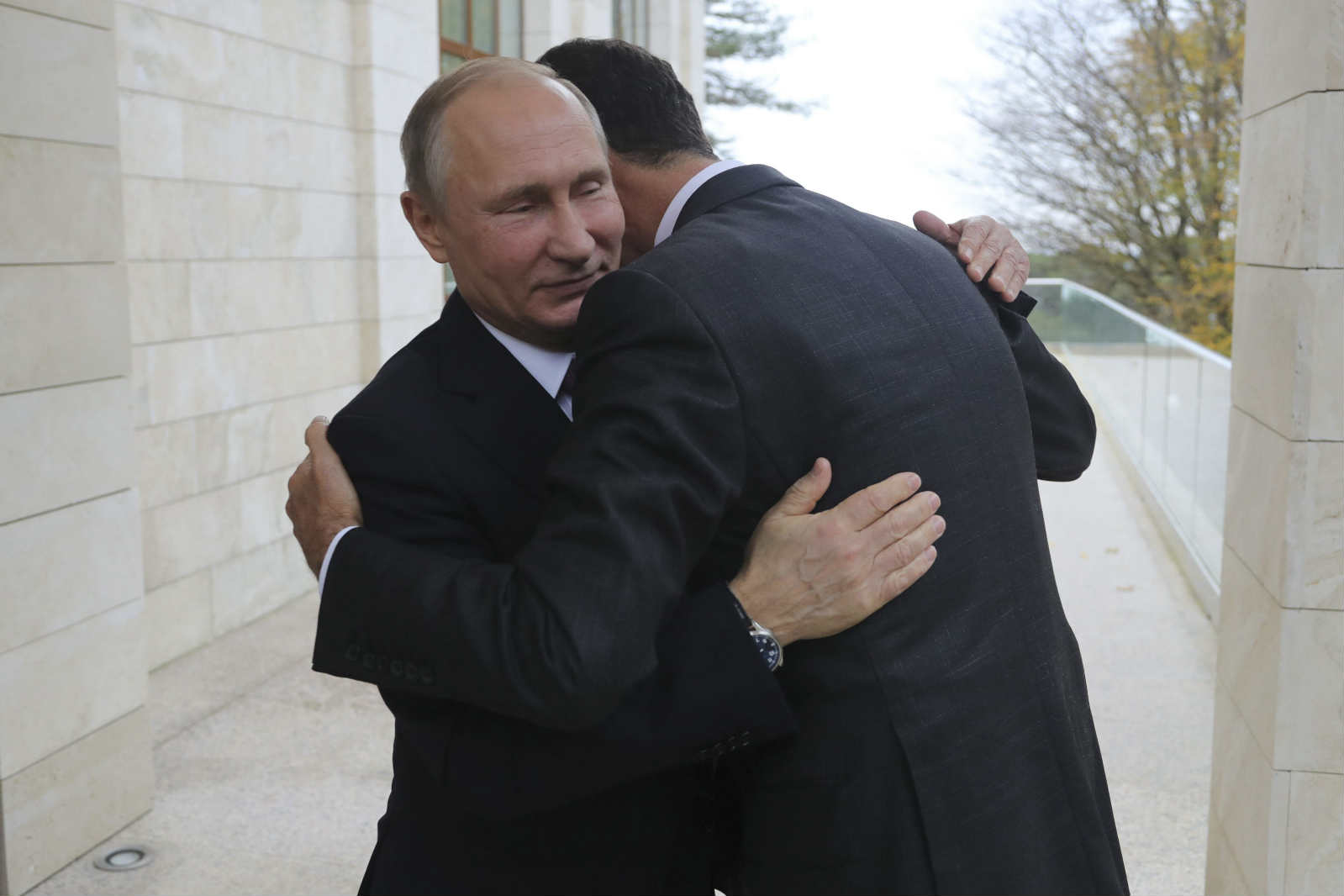 The Kremlin says Syrian President Bashar Assad's visit to Russia is to ensure that he agrees to possible peace initiatives with Russia, Iran and Turkey.

Vladimir Putin hosted Assad in the Black Sea resort of Sochi on an unannounced visit on Monday ahead of a summit in the same town between Russia, Iran and Turkey. This week's visit is the second time Assad ventured outside his war-ravaged nation since the civil war began, both times to Russia.

Dmitry Peskov, Putin's spokesman, told reporters on Tuesday that Putin had spoken with the leaders of Iran and Turkey to "assure them that Russia will work with Syrian leadership to prepare the groundwork for possible understandings" that could reached in Sochi on Wednesday to "make sure" that agreements reached will be "viable."

Asked whether Putin and Assad have discussed the Syrian president's future in post-war Syria, Peskov said "possible options for political settlement have been discussed."