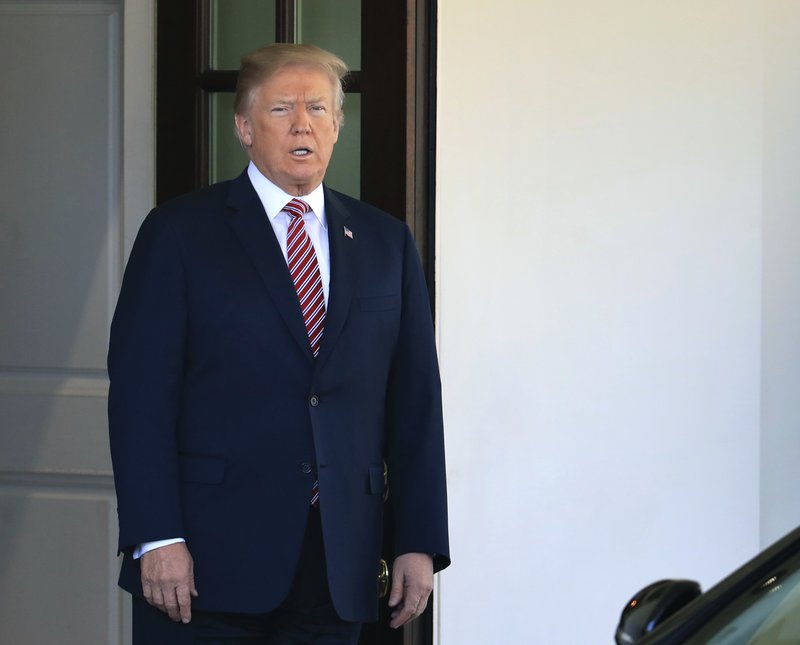 The Kremlin spokesman has commented on President Donald Trump’s tweet warning of an imminent missile strike on Syria by saying that Moscow doesn’t engage in Twitter diplomacy.

Trump said Wednesday that missiles “will be coming” in response to Syria’s suspected chemical attack, adding “Get ready Russia, because they will be coming, nice and new and ‘smart!’”

President Vladimir Putin’s spokesman Dmitry Peskov said in televised remarks that “we don’t participate in Twitter diplomacy.” He added that “we support serious approaches and keep thinking that it’s important not to make any steps that could further destabilize the already fragile situation.”

He says claims of a chemical attack were fabricated and “can’t serve as a pretext for any forceful actions.”

Earlier, a spokeswoman for the Russian Foreign Ministry responded to Trump on Facebook, saying missiles would destroy “all evidence” of the attack. Spokeswoman Maria Zakharova posted that “missiles must fly towards terrorists, not a legitimate government that has been fighting international terrorism in its territory for several years.”

After Russia warned the United States against military strikes in Syria, President Donald Trump says missiles “will be coming.”

Trump says on Twitter Wednesday: “Russia vows to shoot down any and all missiles fired at Syria. Get ready Russia, because they will be coming, nice and new and ’smart!’” He adds: “You shouldn’t be partners with a Gas Killing Animal who kills his people and enjoys it!”

Russian lawmakers have warned the United States that Moscow would view an airstrike on Syria as a war crime, saying it could trigger a direct military clash.

Trump didn’t say whether he was referring to a U.S. military strike. But he has threatened military action in response to Syria’s suspected chemical attack, which activists and rescuers say killed at least 40 people. The Syrian government and its ally Russia have denied that such an attack ever happened.

Officials of the Trump administration have been discussing with officials of France and Britain a possible joint military response to Syria’s alleged poison gas attack.

U.S. officials tell The Associated Press that the allies have weighed launching a military strike as early as the end of this week.

The White House says President Donald Trump has decided not to attend a summit in South America this week to remain in the U.S. to manage the crisis. In the past Trump has vowed to stand up to Syrian President Bashar Assad.

Trump has suggested that he has little doubt that Syrian government forces are to blame for what he says was a chemical attack, but neither he nor other administration officials have produced hard evidence. Syria denies the accusation.