HEADLINE Kremlin says Russia did not initiate 'any diplomatic wars'

Kremlin says Russia did not initiate 'any diplomatic wars'

The Kremlin said on Friday it was not Russia that had unleashed a diplomatic war with the West following the mass expulsion of US envoys in retaliation against coordinated moves by Britain and its allies over a spy poisoning. 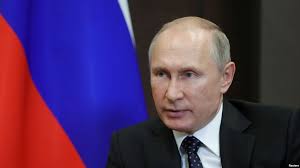